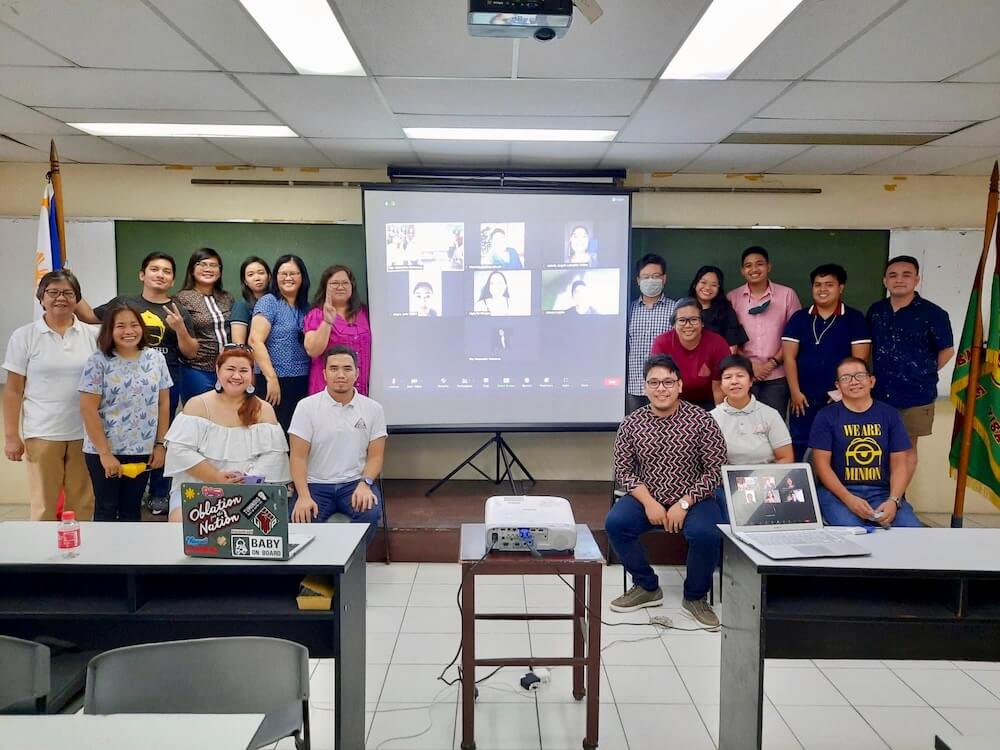 Ramota worked alongside former Chapter President Asst. Prof. Early Sol Gadong to give the 25 new members a clear picture of what to expect from the organization.

Ramota is currently the Vice President for Faculty of the Manila Chapter and Director-at-large of the union’s National Executive Board. He was the Chairperson of the Department of Social Sciences in the College of Arts and Sciences (CAS), University of the Philippines (UP) Manila, from 2010 to 2013. He was also the head of the UP Manila Political Science program from 2008-2011 and 2013-2014.

Asst. Prof. Pilar Mercedes Retiracion, the AUPAEU-Iloilo Chapter Vice President for Faculty, welcomed the new members at the start of the program.

AUPAEU-Iloilo Chapter is the recognized union for faculty members and Research, Extension, and Professional Staff (REPS). Its current president is Ma. Shirley M. Golez from the Institute of Marine Fisheries and Oceanology (IMFO), College of Fisheries and Ocean Sciences in Miagao, Iloilo.