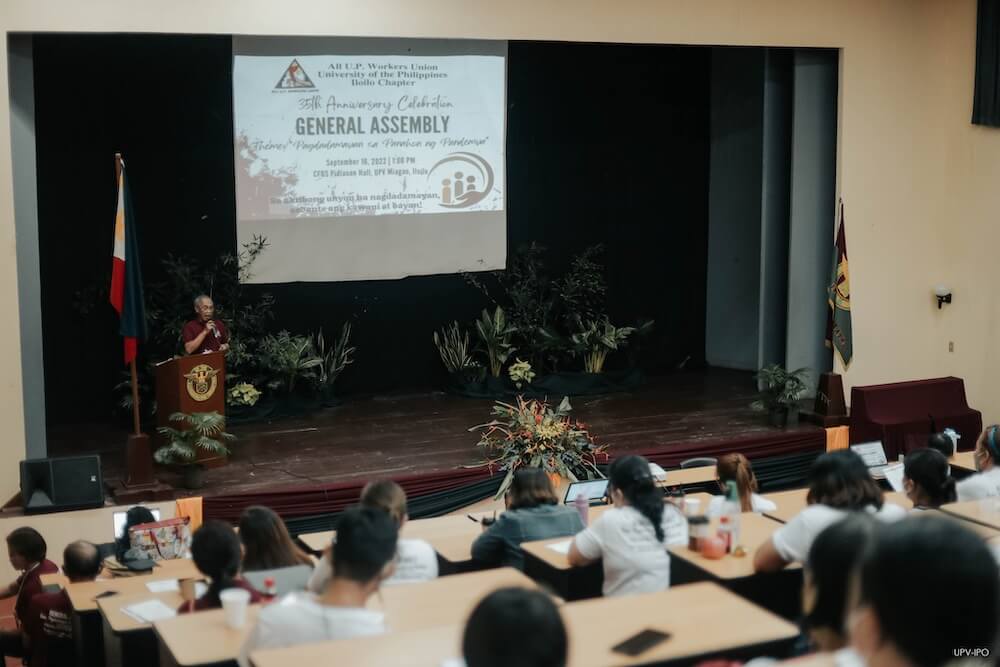 The All UP Workers Union – Iloilo Chapter held a general assembly and chapter election on September 16, 2022, at the Pidlaoan Hall, UP Visayas, Miagao campus.

The morning session was attended by pre-selected staff from UPV. An orientation on the functions of the Union Representative Committee, particularly its role in the hiring process in offices wherein a union representative is present, was discussed by former Staff Regent Buboy Cabrera.

Meanwhile, another former Staff Regent, Jossel Ebesate, discussed the history and progress of the Collective Negotiation Agreement (CNA) through the years, citing the benefits received by UP employees through its efforts. Eva Cadiz, current Vice-President of AUPWU in UP Diliman, discussed the Merit Selection Plan.

The general assembly occurred in the afternoon, with Vice Chancellor for Administration John Lorenz Belanio welcoming the participants. The reading of the rules for the election and presentation of candidates followed.

The result of the election of officers was announced after that and was followed by an oath-taking. The new officers are:

AUPWU continues to safeguard the well-being of the staff of the University.