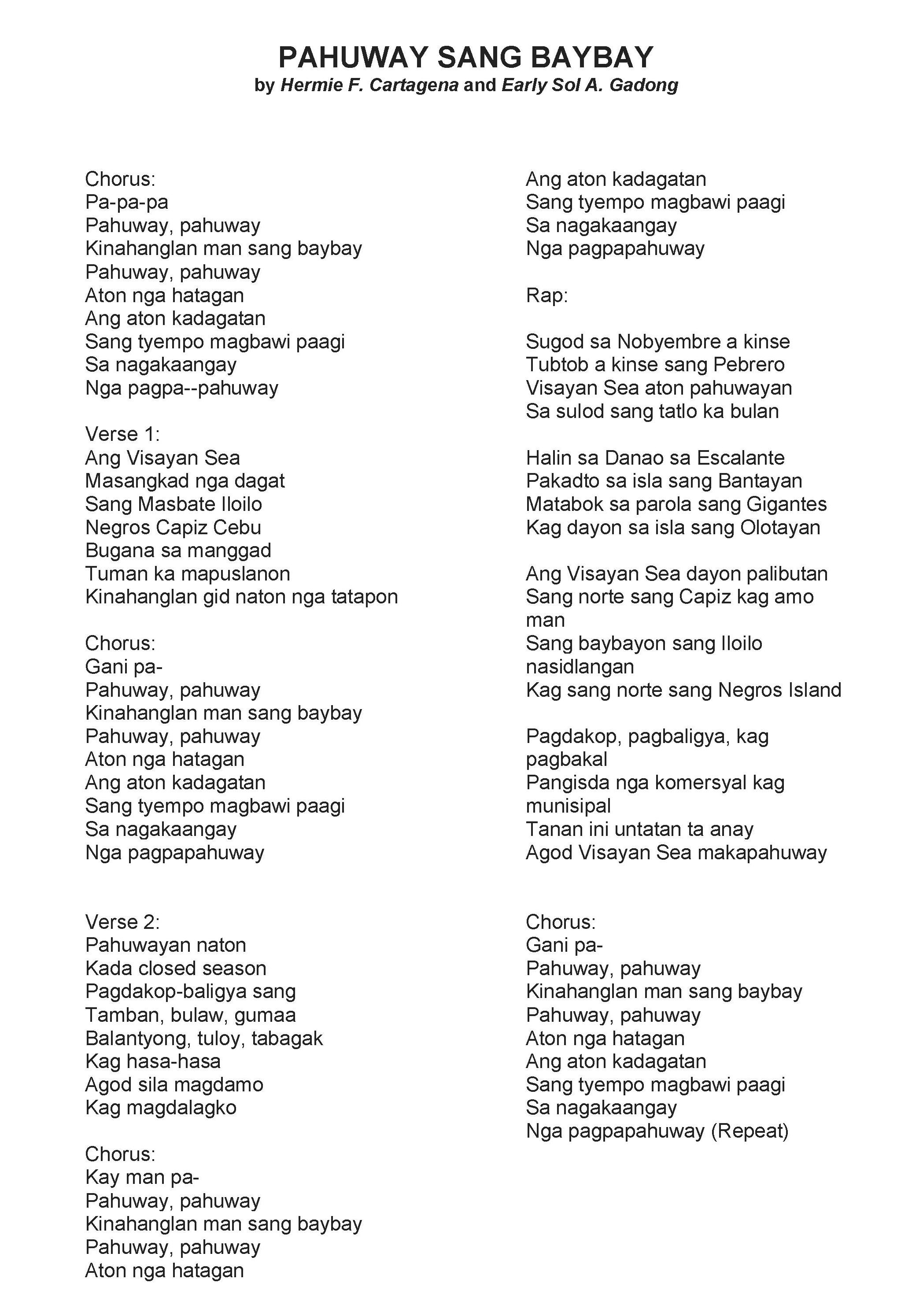 The song, performed by Mr. Cartagena, was part of the social campaign project in collaboration with the Bureau of Fisheries and Aquatic Resources Regional Office 6 (BFAR 6) and the BFAR-USAID Fish Right Program to increase stakeholder awareness on the protection of the Visayan Sea. It was played by various media outlets, including Bombo Radyo Iloilo, ABS-CBN Iloilo, the Department of Agriculture channel on Sky Cable, and PNA Radyo Pilipinas.

Visayan Sea Closed Fishing Season or Fisheries Administrative Order (FAO) 167-3 takes place between November 15 and February 15 of the following year. Under this policy, the catching, selling, and buying of herring, sardines, and mackerel species is prohibited to allow mature species to spawn and the juvenile to grow.  Further, FAO 167-3 aims to protect Visayan Sea from illegal, unreported, and unregulated fishing.