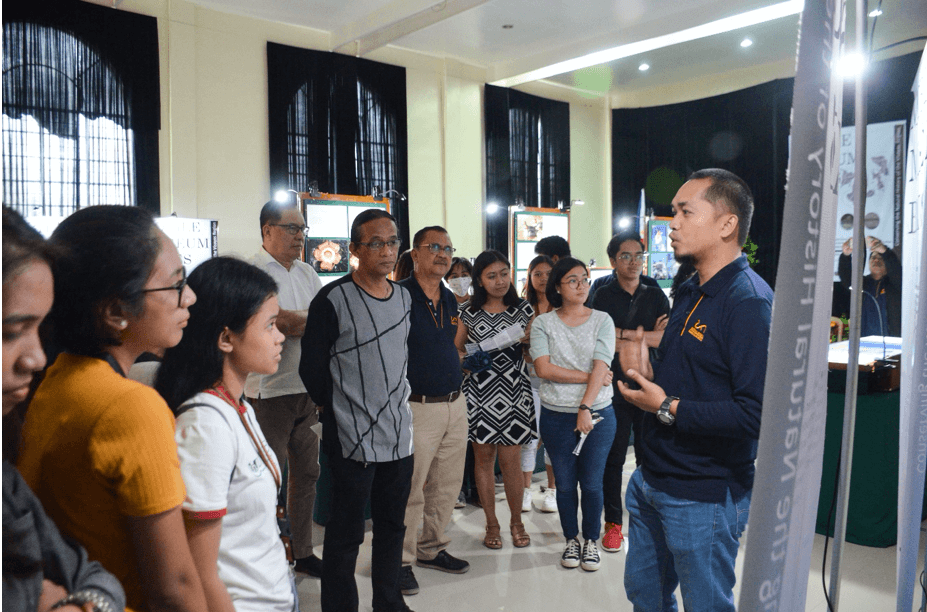 TACLOBAN CITY—The Leyte-Samar Heritage Center (LSHC) of the University of the Philippines Visayas Tacloban College (UPVTC) opened the third leg in Eastern Visayas of the Mobile Museum Boxes (MMB): Conserving the Natural History of the Visayas Region Project of the National Museum of the Philippines (NMP) last February 6, 2020 at the LSHC Main Gallery, UPVTC, Tacloban City.

In his message during the opening program, Dr. Luisto T. Evangelista, Project Leader and Curator of the Botany and National Herbarium Division of the NMP, extended his gratitude towards their partners and the College for accepting the opportunity to realize their team’s initiative, which is to bring the museum closer to the community. Primarily, the project aims to extend the museum’s reach by bringing some of its collections and producing new exhibitions to various places. At the end, it is expected that the said exhibit will expand the boundaries of knowledge and enhance the awareness of the viewers on the rich and distinct natural history of the Visayas, in particular, and the Philippines, as a whole.

“This laudable project aligns very well with our institutional thrust of cultural and natural heritage conservation and education, and we will do our best to ensure that as many people as possible from the city of Tacloban and neighbouring towns can come and view, learn from, and enjoy this wonderful exhibit,” said Prof. Arvin De Veyra, Associate Dean, as he delivers Dean Patrica Arinto’s welcome message.

During the opening program, Dr. Stephen Q. Lagarde, LSHC Director, also acknowledged the presence of some of the members of the MMB project team like Miss Leah Jean Gazo and Miss Irene Magallon of the Western Visayas Association of Museums, Inc. (WVAMI), and Mr. John Micheal Galindon, Mr. Eddie I. Coderio, and Mr. Raul Angeles of the NMP. Other in-house guests who attended the exhibit opening and walk through include Prof. Irma R. Tan, College Secretary, Prof. Dakila Kim P. Yee, Chair of the Division of Social Sciences, Prof. Ma. Elisa B. Gerona and 21 of her botany students, to name a few.

The MMB Project is a travelling exhibition mounted in 12 wooden boxes. The boxes are grouped into five major categories, namely terrestrial plants, terrestrial animals, aquatic organisms, forest products, and geology. Each box contains both a collection of specimens, artifacts, or models and the corresponding information about the featured natural and cultural heritage of the Visayas region.

In Region VIII, the boxes were first displayed at the Eastern Samar State University in Guiuan, Eastern Samar last November to December 2019, and the University of Eastern Philippines in Catarman, Northern Samar last January 2020 before moving to UPVTC. Students, teachers, and other interested individuals will have a chance to view the exhibit for free until February 26, 2020, Mondays-Saturdays, 8:00 AM to 5:00 PM.

On Feb. 26, 2020, the MMB Project team of the NMP will conduct a free one-day training on taxidermy, which is open to students and other interested participants from Tacloban City and nearby towns. The training will also culminate the month-long exhibit.

The travelling boxes will have its final stop in Region VIII at the Visayas State University in Baybay City, Leyte in March 2020. Then, the MMB project will be travelling to the different parts of Region VII starting in Bohol in the coming months.

The MMB exhibit is a project of the NMP in partnership with the WVAMI and supported by the Forest Foundation Philippines. The MMB display at the LSHC was made possible by the support of the UPVTC administration through its Dean, Prof. Patricia B. Arinto. 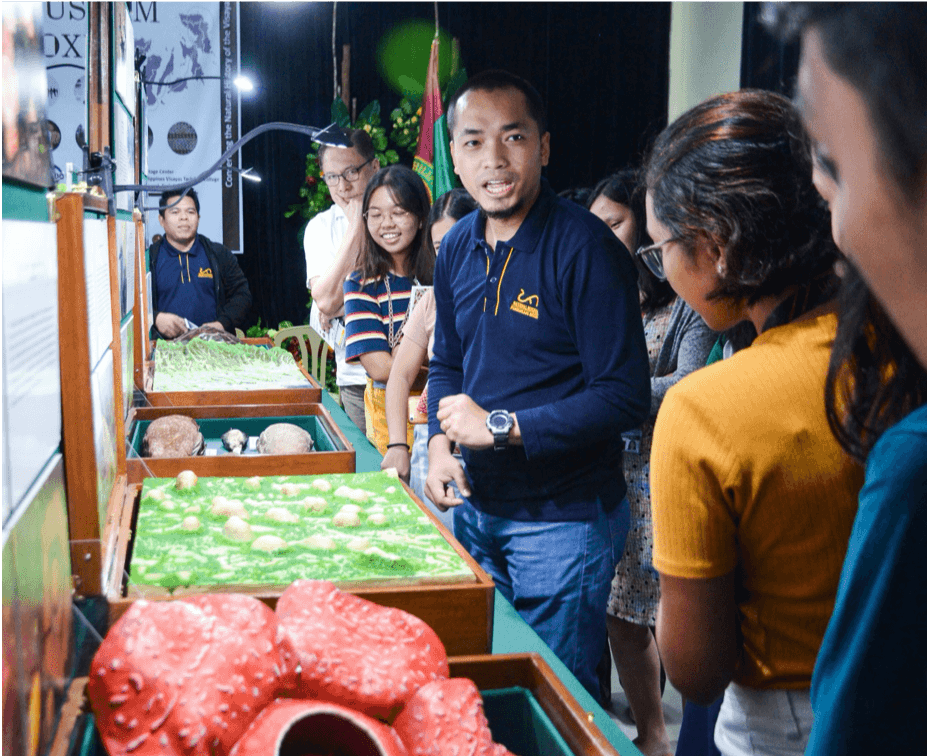 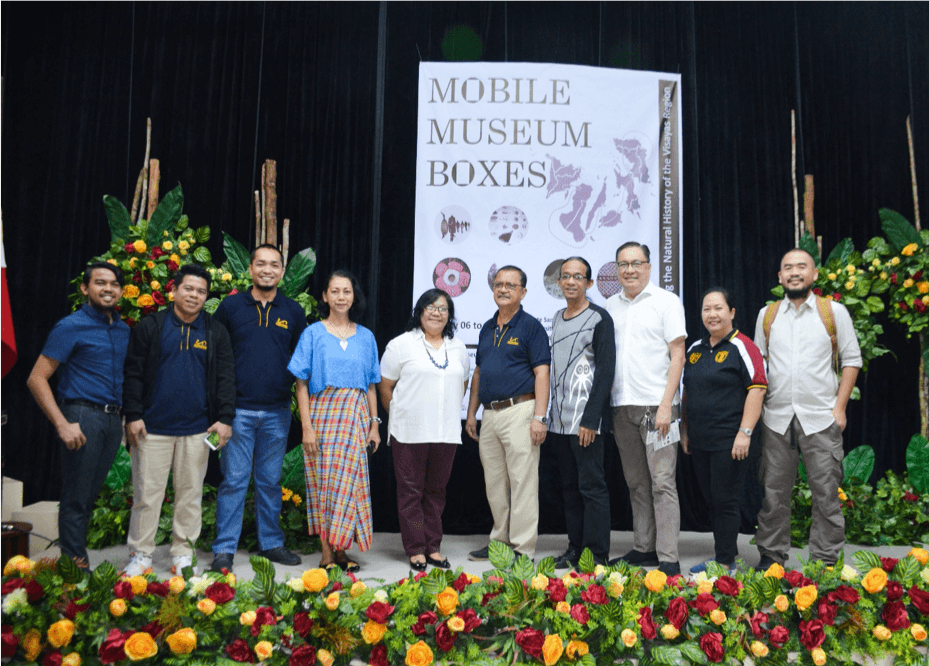 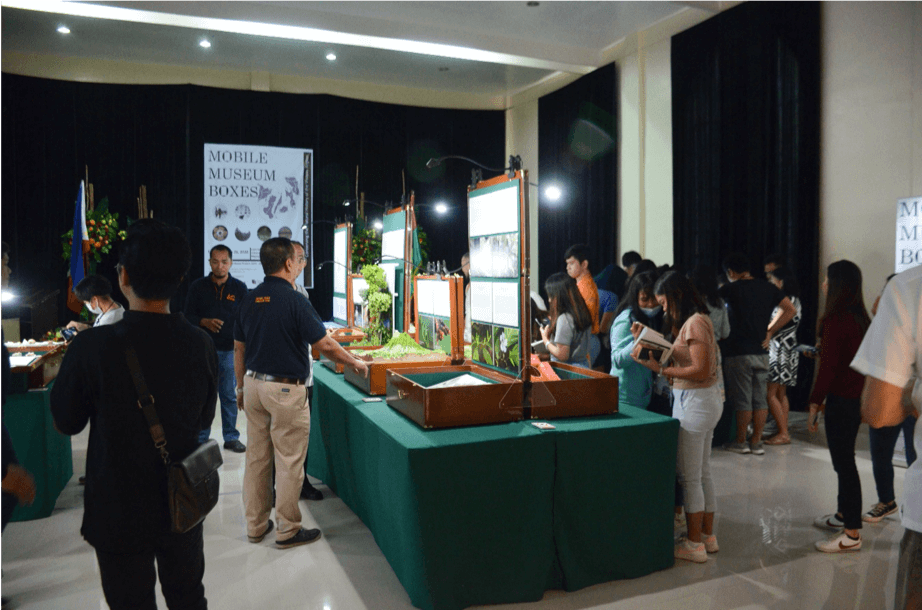