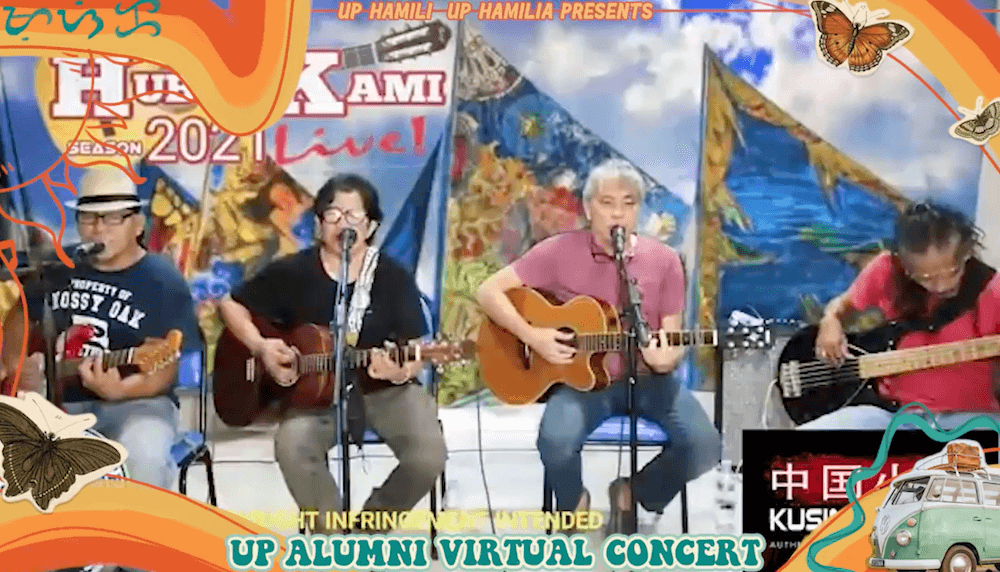 The UP Visayas Alumni 2021 Zoomcoming featured online concerts that entertained its alumni despite the current pandemic. The UP Hamili Brotherhood and UP Hamilia Sisterhood held featured performances of its members on August 27, 2021.

The show started at 2:00 pm with the following performers: Alliah Chang, Clyde Ortencio, Abigail Fandida, Pamela Ortencio & Anna Vaquilar, James Notado, Delza Anduque, and Kathleen Acosta. The performance was made more exciting by additional songs from The Elderly Band led by Mr. Pablito Araneta who played the favorite tunes of the '60s and '70s.

Another set of performances was aired at 6:00 pm on the same date and featured the violin performance of Josh Legaspi. His repertoire included:

More songs of the Elderly Band were featured after.

Editing the video for the show were Patrick Fernandez and Bea Elijah Lumbo. Caroline Ferrariz and Mariah Vianca Quinesio hosted the shows.

In between these performances was a Yoga Session with another UP Hamilia Member, Pai San Diego from Japan. Online participants were able to participate with simple stretches and relaxing exercises.