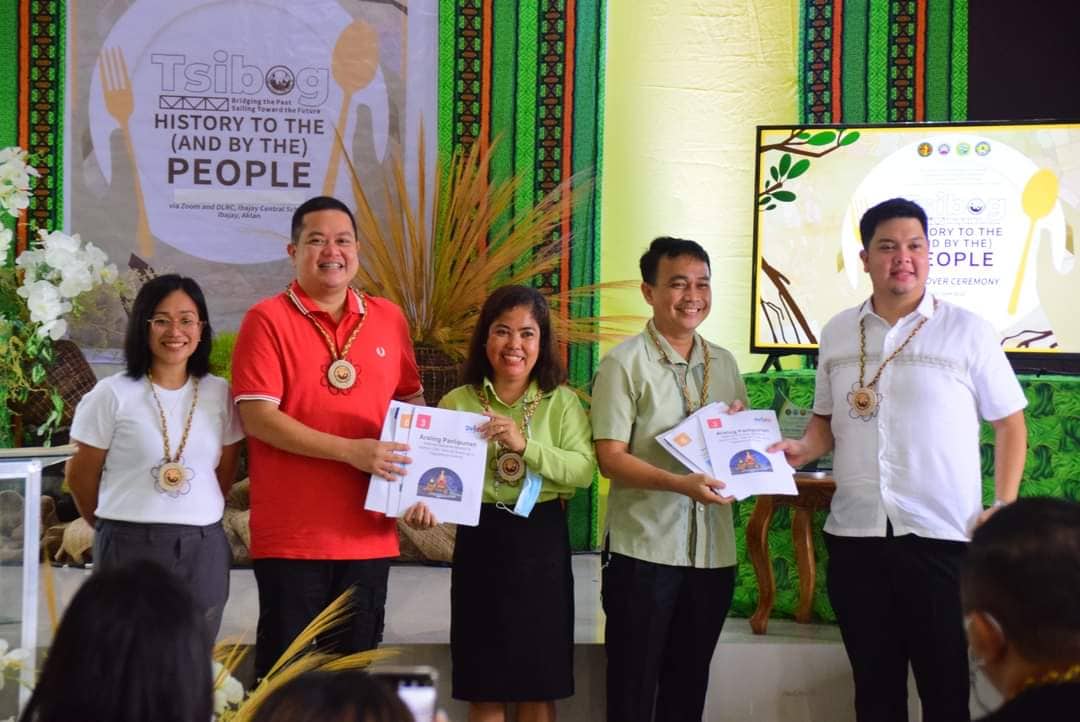 The UPV-CHED TSIBOG Project “Bridging the Past, Sailing toward the Future, History to the (and by the) People” successfully delivered its outputs to project partners, the LGU of Ibajay and DepEd Aklan, on 20 June 2022.

The TSIBOG Project 6 Team is composed of the College of Arts and Sciences faculty member Prof. Frances Anthea Redison and her researchers, Febrey Bless Esclares and Thania Margarette Coronica. The Ibayjanon videographers were Cyrus Banayo, Agape May Torres, and Jayvee Manikan.

The outputs were DepEd modules and learning videos on History, Mangrove Conservation, and Culinary Heritage. Also produced were promotional videos highlighting Ibajay’s rich culture, the Katunggan it Ibajay, culinary heritage, and the warmth of its people. A story/coloring book and the short animated film of the Santo Niño de Ibajay were also turned over.

The outputs were the products of an engagement that spanned almost a year as the TSIBOG team closely collaborated with teachers, the LGU, and people’s organizations to produce them.

The team relayed its appreciation of the support from Aklan Governor-elect Hon. Jo-en Miraflores and the Local Government of Ibajay.

The project is supported by the University of the Philippines Visayas and the Commission on Higher Education.