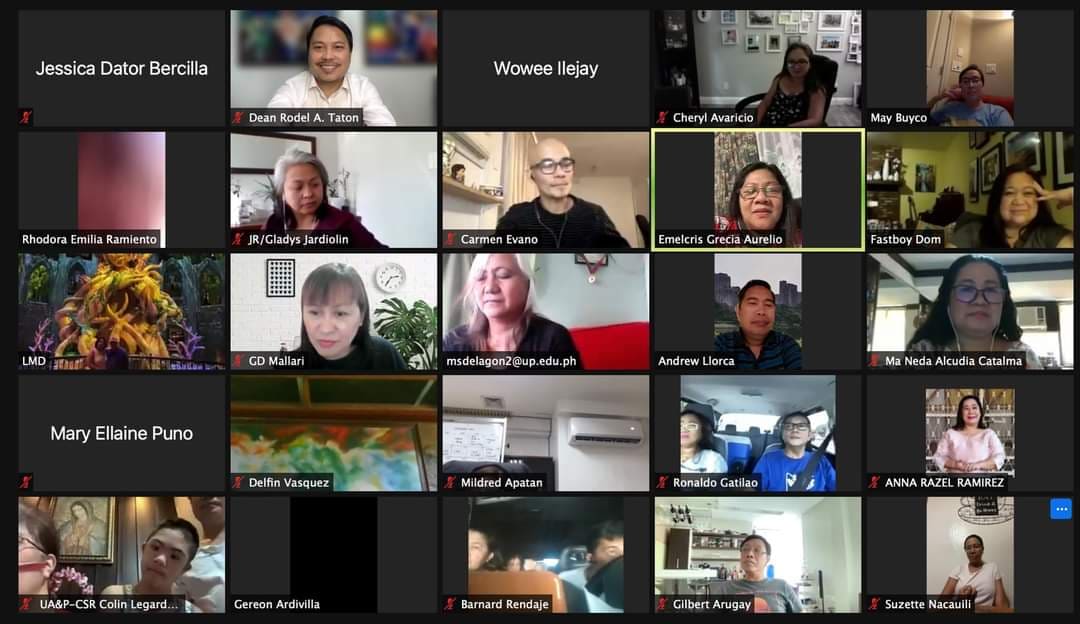 After almost 30 years, the UP Visayas Miagao pioneers reunited through a virtual homecoming using Zoom on August 28, 2021.

This happened simultaneously with the UPV Office of Alumni Relations’ organized Zoomcoming for the University of the Philippines Visayas alumni. The event started at 11:00 a.m. and ended at 11:07 p.m., with participants coming from around the globe. Some attendees had to catch sleep and return to the event to be re-acquainted with their former dormmates, classmates, and batchmates who had a different time zone and checked in later. By far, this was the longest activity for the 2021 homecoming in UPV.

Without any formal program, the reunion was hosted by Wowee Ilejay and Dr. Ma. Neda Alcudia-Catalma. The event allowed everyone to reconnect with each other and have a trip down memory lane. Prof. Jessica Dator Bercilla launched the Zoom link. More mini-Zoom reunions in the days after followed suit to continue unfinished conversations. The group promised to return next year with an organized program, a bigger number, and more activities.