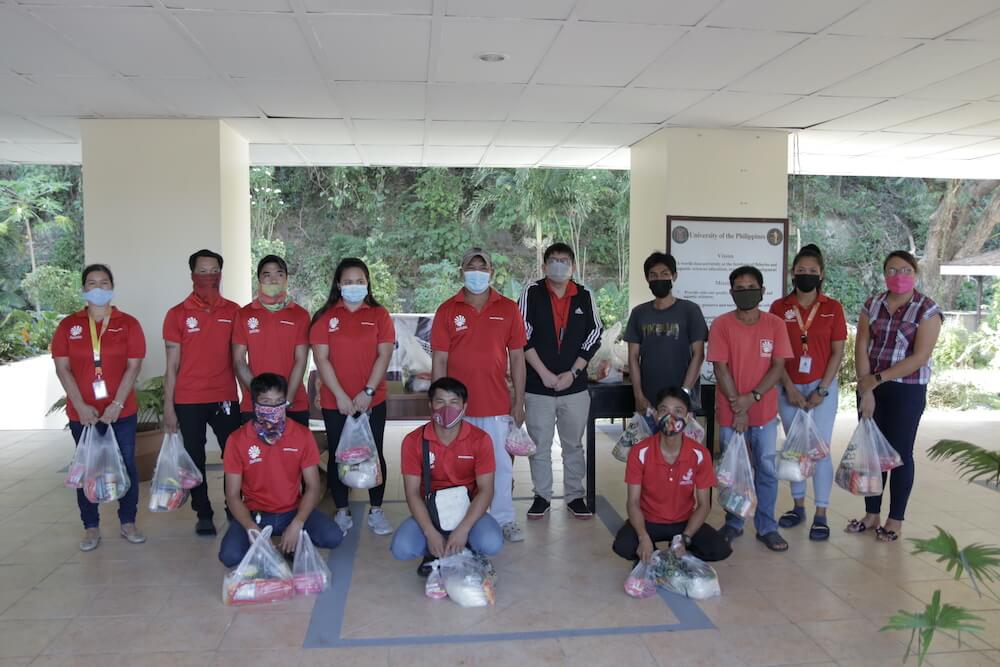 Donations pour in for perished guard and affected UPV personnel

The family of the UPV guard, Antonio Fajurano, who died at the height of Typhoon Odette, received a swell of donations from various groups and individuals through the UPdanay Donation Drive.

The bulk of monetary assistance that was received came from the donation drive organized by Joeylyn Terania and Elijah Estante (former USC members) in coordination with the UPV Student Council. They raised an amount of P24,578.00.

These amounts were received at the UPV Miagao Campus by his wife and son on December 20 and 21, 2021, respectively through USC Representative, Philippe Hiñosa and the UPV Officials Chancellor Clement Camposano, VC John Lorenz Belanio.

Immediate relief assistance was also handed-over to members of the janitorial services in Miagao whose residences were damaged during Typhoon Odette. Almost 97 personnel of UP Visayas both in Iloilo City and Miagao were surveyed to have been affected as of December 21, 2021. The transfer of goods was facilitated in coordination with Ms. Lyncen Fernandez and Ms. Neyah Grace Nulada Cartago of the IPO.

The Office of Student Affairs is also reaching out to UPV students for a status report and immediate support that they may need.