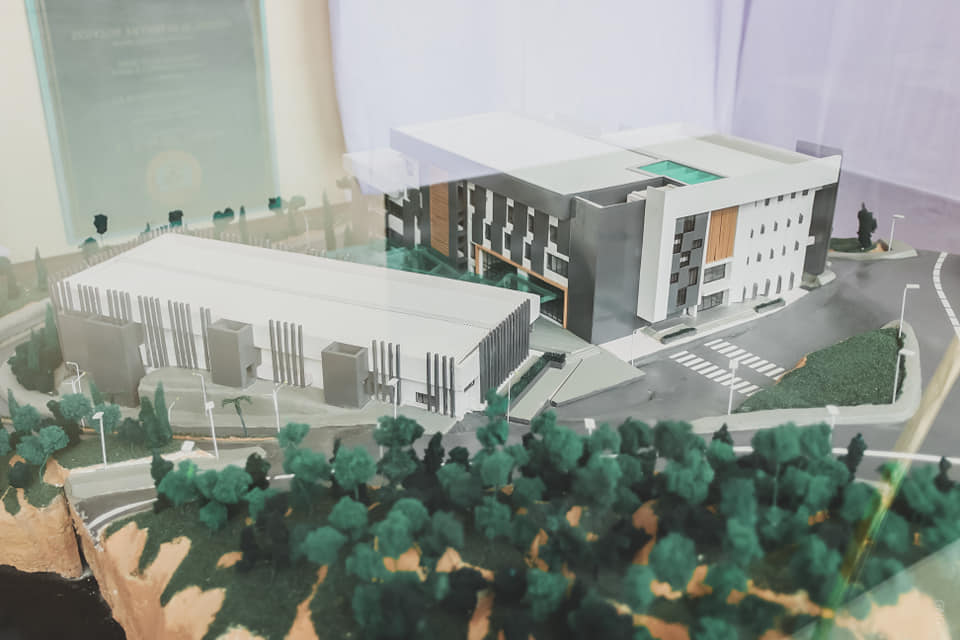 World-class library to complement UPV’s quest for the future

In the main campus of Miagao, a new library complex befitting an institution that continues to “shape the minds that shape the nation,” is being built on what is now considered as the new academic oval of the University of the Philippines Visayas.

A miniature or a diorama of the said library complex was unveiled today, October 7, 2020 at the lobby of the administration building in Miagao.

From Vision to Fruition

When UPV opened its doors in Miagao in 1989, the main library of UPV was temporarily housed at the second floor of the College of Fisheries and Ocean Sciences (CFOS) Museum & Library building, occupying the entire floor. Back then, the construction of the main library was already in mind.

In its present space, the library accommodates the reading materials of the College of Arts and Sciences and CFOS, as well as its technical section; media services; control desk; Open Access Catalogue (OPAC) Area; binding room; and the office of the librarians.

Already congested in its current location, it was anticipated that an increase in student population because of new degree program offerings and the eventual transfer of the College of Management from Iloilo City to Miagao, would further create a problem in space.

The proposal to have a building for the UPV main Library was conceptualized during the term of Chancellor Dr. Minda J. Formacion (2008-2011) with yet then University Librarian, Miss Ana T. Mones. It was part of the approved campus development plan of the UPV Miagao campus.

When Dr. Rommel Espinosa became the next Chancellor (2011-2017), the proposal was approved by UP President Alfredo Pascual. Dr. Evelyn T. Belleza, Vice Chancellor for Planning and Development, presented the plan and design to the librarians and was supported by the new University Librarian, Ms. Analiza G. Linaugo.

A ground-breaking ceremony was held on March 26, 2017 which was attended by UPV officials and Miagao Municipal Mayor. Dr. Macario Napulan.  Originally approved for a budget of P 145,950,000.00 the budget was slightly increased to P 146M.

Under the administration of current Chancellor Ricardo P. Babaran, the approved plan and design was revised by the architects and engineers of the Office of the Vice-Chancellor for Planning and Development under Prof. Martin G. Genodepa in close coordination with Vice Chancellor for Administration, Prof. Mary Ann T. Gumban.

The library complex will prominently occupy a span of land at the new academic oval that overlooks the sea on the south and looks up to the mountain on the north. The current revision on the plan took into account the topography of the site and expanded the one-building structure into two. One is the library and all its requirements for operations such as spaces for the book collections and office space for the librarians on the 1st floor. The mezzanine will feature reading rooms and discussion rooms. The 2nd floor will have spaces for exhibits, special collections, and a meeting room. The 3rd floor will house the executive offices namely the office of the chancellor and the vice-chancellors, a conference room and a lounge area.

The second building beside the library will be an auditorium with media rooms, an audiovisual room, and a conference/theater. Between the two buildings will be a central plaza that will feature benches and coffee shops.  The budget is now P 360M.

The UPV community is eagerly looking forward to the completion of this world-class library and theatre-type audio-visual hall projected to be finished in 2021. (With sources from Ms. Analiza G. Linaugo and OVCPD) 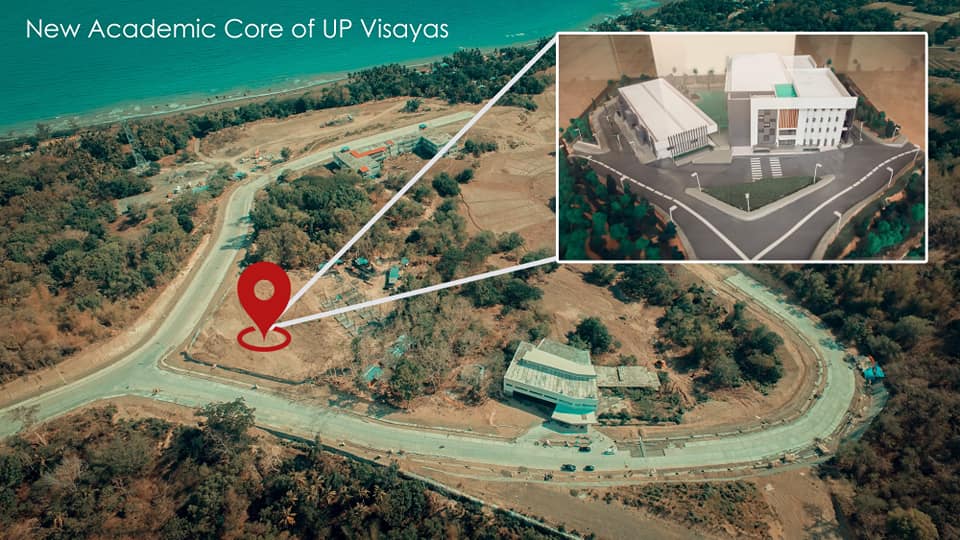