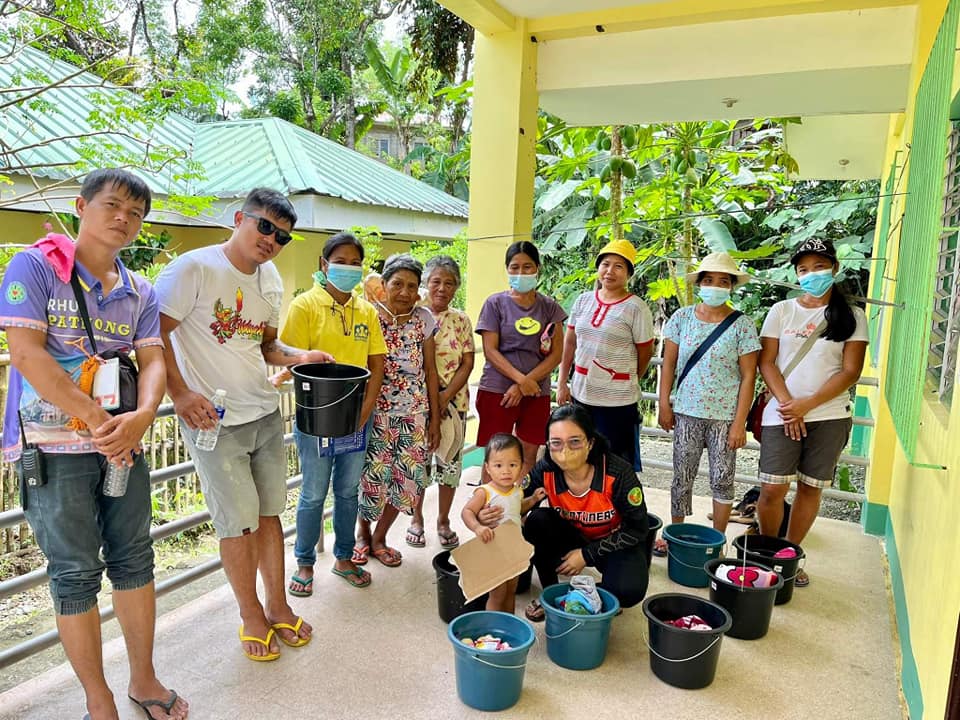 The UP Visayas' UPdanay sent immediate help to Barangay Cuyapiao, Patnongon, Antique, on Nov. 3, 2022. The community was badly hit by the recent typhoon.

Sanitary packages, pails, blankets, sanitary pads, underwear, detergent powders, and shampoos were turned-over to the evacuees of Brgy. Cuyapiao, who temporarily took shelter at the evacuation center. The aid was received by the families from the riverside, whose homes were badly damaged by floods brought about by Typhoon Paeng.

The location was reached after a two-hour trek from Brgy. Igburi, the last barangay to be reached by a vehicle. Volunteers from the UP Hamili-Hamilia organization, led by UP Visayas alumna Pearl Linas, facilitated the transfer of donations.

The Patnongon Rural Health Unit, led by the Municipal Health Officer Dr. Solomon Pacheco, also visited the area to assess the medical needs of the barangay, whose road system was made impassable to vehicles as a result of the typhoon's devastation. The LGU health personnel also assisted in the transfer of goods.

The families affected by the typhoon expressed their gratitude for the assistance provided by UPV. As people fix the routes so that motorbikes may access them to transport goods, more families are expected to be reached in the coming days.