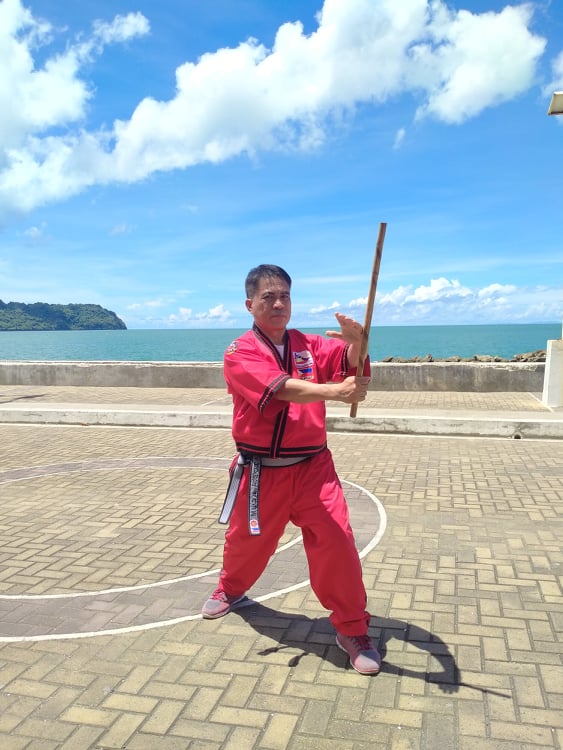 The said Virtual Arnis "Anyo" competition has two categories that included Traditional and Non-Traditional "Anyo." Modern Arnis Anyo is defined in the Arnis World as the application of all styles learned throughout one’s training, and is performed with a specific weapon. Also, to show the flow of the said form, Anyo requires certain proficiency of beat, timing, agility, and most of all, "diwang panlaban" (fighting spirit).

Moreover, said competition has been actively participated in by various Arnis Clubs and Organizations in the different age categories from other parts of the country. They are all recognized by the Philippine Eskima Kali Arnis Federation PEKAF headed by Senator Juan Miguel F. Zubiri, lead author of Republic Act number 9850 passed into law declaring ARNIS as the country’s National Martial Arts and Sports that was signed by former Philippine President Gloria Macapagal Arroyo in 2009.

Prof. Tinagan is currently teaching online PE classes at UPHSI (PE12 - STEM Basic Arnis) and also connected with the CAS Department of Physical Education. He conceptualized and initiated the teaching of Basic Arnis as service PE in the College and to the UPHSI Senior High School students with the collaboration of his colleagues in the CAS-DPE.

The event was sponsored by the Pro-Active Arnis League of the Philippines headed by Guro Joel M. Madrona - Online Tournament Director. Officiating officials such as Grand Masters and Masters were tapped from different Arnis System of the Filipino Martial Arts nationwide.