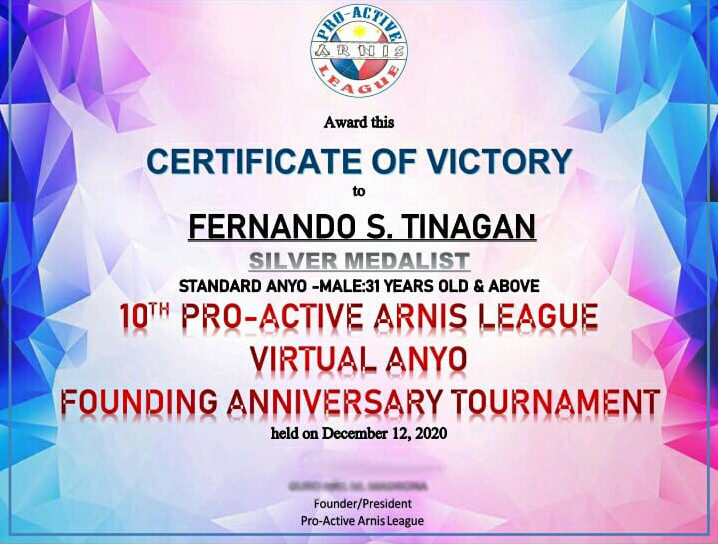 Ms. Moralidad and Ms. Pamplona, who joined the said National Arnis Virtual “Anyo” Competition, were coached by their PE Teacher through the Instructional Written Guided Materials and recorded videos. Furthermore, the knowledge and skills they developed are an output of what they both learned in their online Arnis PE class. 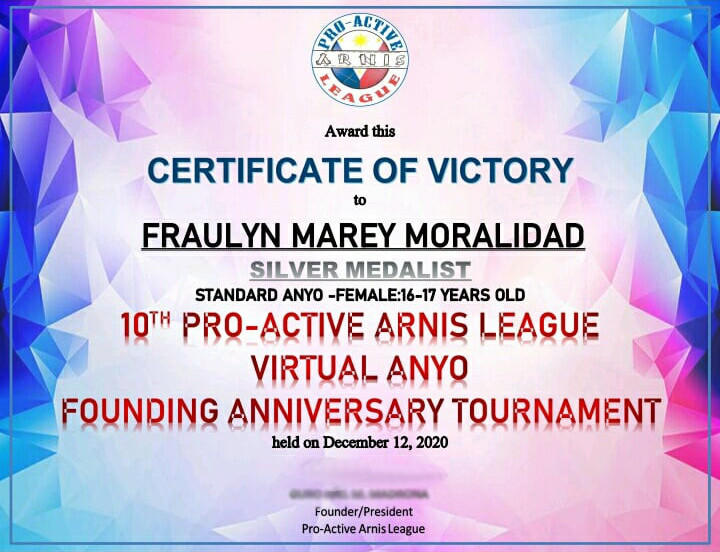 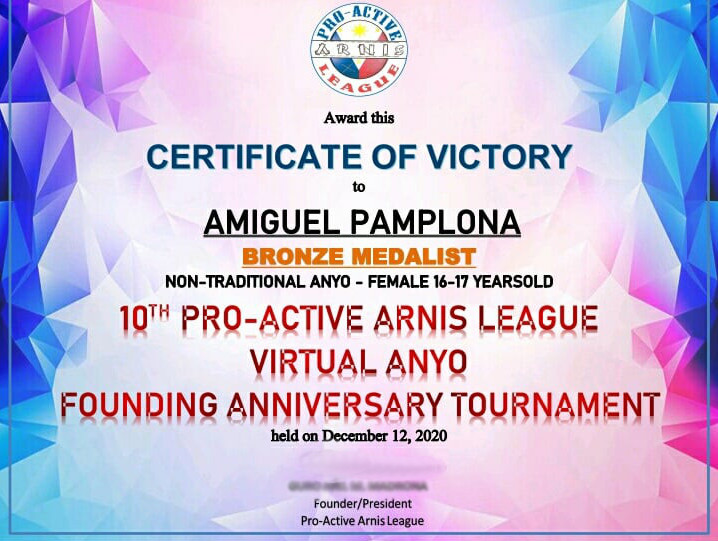