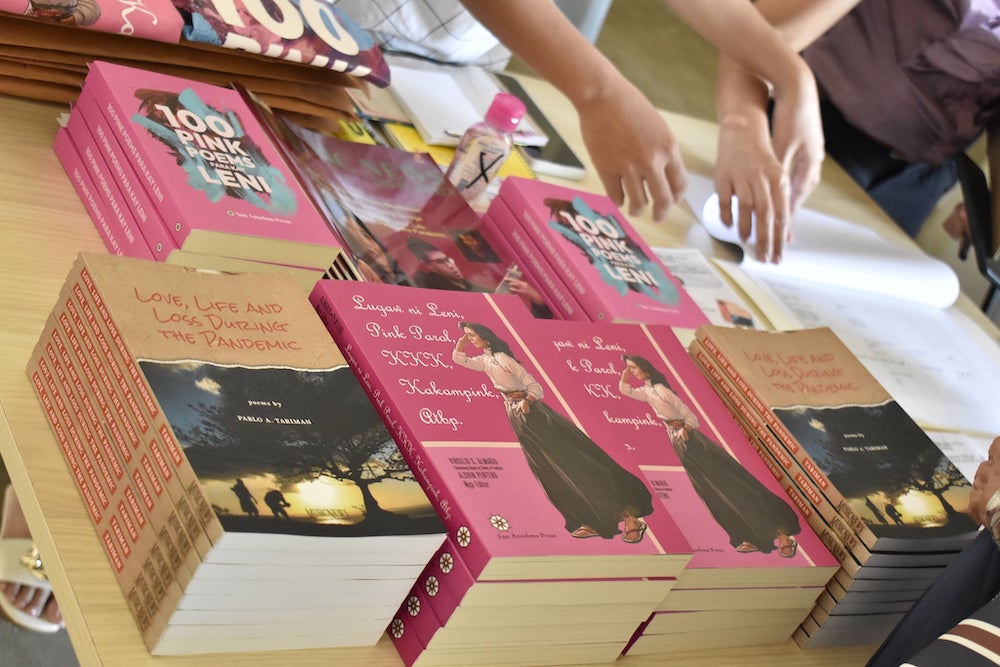 Poetry and classical music filled the UPV Performing Arts Hall yesterday, May 4, 2022, as the Office of Initiatives in Culture and the Arts (OICA) hosted the book launching of the poet, Mr. Pablo Tariman, and the classical guitar concert of Mr. Aaron Aguila. The event is part of the series of activities that the university is doing in connection with the celebration of the 75th year of UP presence in Iloilo.

Mr. Tariman’s book titled “Love, Life, and Loss During the Pandemic” is a collection of poems he wrote as a tribute to his late daughter, Kerima, who passed away on August 20, 2021, at the height of the pandemic. Included in his book are the poems “Infant in My Mind” and “Naked I Write Poems,” which is one of the two poems that was included in the Singapore-published anthology “The Great Asian Poetry 2021,” which was launched in December 2021.

An excerpt from “Infant in My Mind” reads:

Thinking of the infant

I think of her now

Lifeless on a cold cement floor,

Waiting for her father and son

A series of poetry readings was done by various artists and members of the UPV community, including UPHSI Principal Prof. Alfredo B. Diaz, who read the poems “A Poet is a Lonely Hunter” and “Sadness in a Form of a Rose.” The other artists who recorded their poetry on video included Joel Torre for “If You Can’t Write a Poem,” Jansen Magpusao for “Pandan,” Shamaine Centenera Buencamino for “Let the Wind Blow,” Nonie Buencamino for “Woman on a Motorcycle,” and Erie Maestro for “The Woman on a Bike.”

Chancellor Clement C. Camposano graced the event, and he was joined by Dr. Philip Ian P. Padilla, Vice Chancellor for Academic Affairs. Retired UPV professors and alumni were also part of the audience.

The book launching and classical guitar concert were supported by the National Commission for Culture and the Arts (NCAA), Music News, Richmonde Hotel Iloilo, and Rustan’s Makati.