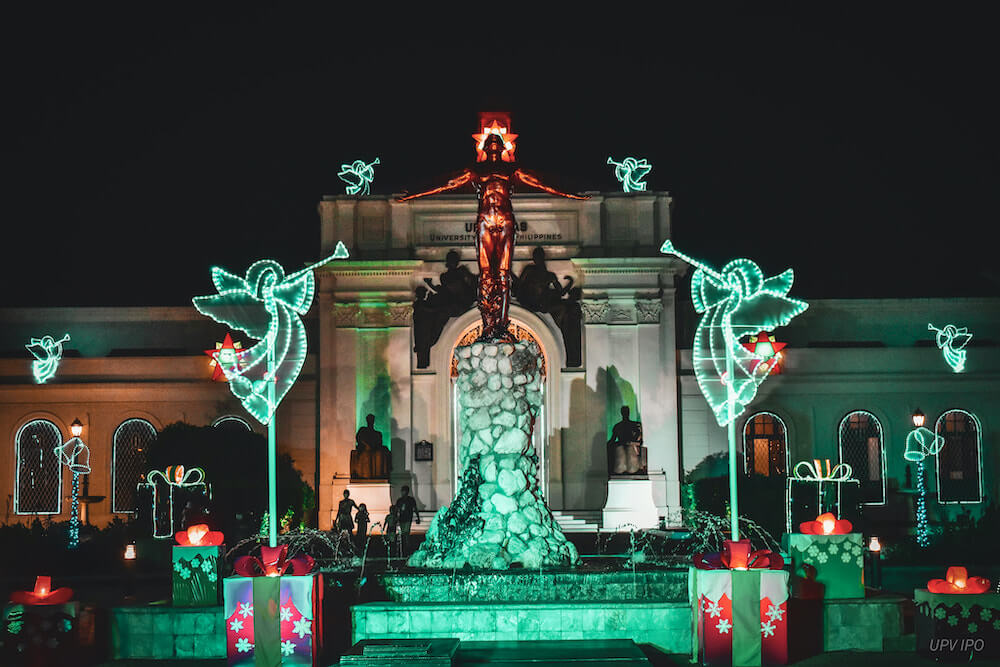 UPV lights up campuses for the holidays

It has become a tradition for the University of the Philippines Visayas to usher in the holiday season with a ceremonial lighting of its main campus in Miagao and its Iloilo City campus. UPV did just that on December 1, 2021. Weeks prior to the event, the personnel of the Campus Maintenance and Development Office were busy installing the Christmas décor and lights at both campuses.

“We have survived threats and the risks of the virus. There were so many changes and adjustments in the University, in our streets, and at home to get by,” says Dr. Ramer Bautista, Chair of the UPV 2021 PASKUA Committee, during a short program.

Bautista said that this year’s theme, “Paghiliusa kag Pagkabalaka sa Paskua,” stressed the importance of unity and having concern for the community, which he hoped would carry the university through until the end of the pandemic.

For his part, UPV Chancellor Clement Camposano said that hope is one of the most powerful forces humanity has ever known.

“We can do great things when we hope, but when hope is paired with unity and care, then we have a powerful combination that will see us through – beacons at the end of a tunnel,” he added.

Camposano, along with UPV officials, ended the program by turning on the Christmas lights. A similar program was held at the UPV Iloilo City campus.