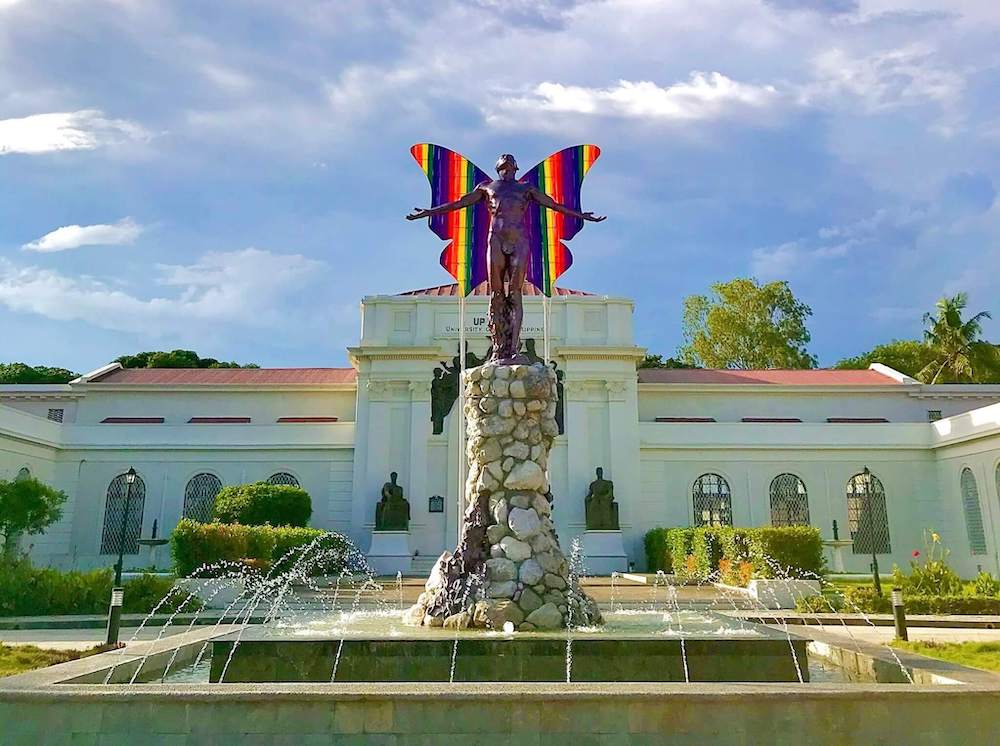 The Gender and Development Program (GDP) of UP Visayas, along with its partners from various sectors, is conducting a series of activities as part of the 2021 International Pride Month celebration this June.

The theme for this year’s Pride Month celebration is “The Fight Continues.”

The month-long celebration commenced with a kick-off web talk of Prof. Early Sol Gadong of the UPV Professional Education Division – UP High School in Iloilo who discussed the history and context of Pride Month through a virtual talk entitled, “Why Pride?” on June 1, 2021.

It was followed by a web discussion, “Pride in Visayas - A Round Table Discussion on the Best Practices in Governance, Advocacy Work and Education,” on June 23.

On June 30, a webinar entitled “Flourishing and Coming Out (Positive Psychology)” will bookend the celebration.

Prof. Niel Steve M. Kintanar of the Department of Psychology, University of San Carlos, Cebu / LGBT Psychology SIG – Psychological Association of the Philippines will serve as the resource person.

“We are one with the world in celebrating International Pride Month. The UPV community heeds the call of the LGBTQ+ community to advocate for equal rights, elimination of gender-based violence and oppression, and remembrance of those who worked towards social justice,” Prof. Moniq Muyargas, UPV GDP Director, emphasized.

In addition to the said virtual activities, UPV GDP also put up rainbow adornments in UPV’s two campuses. In the UPV Iloilo City campus – rainbow wings were attached to the Oblation, and rainbow wraps covered the lampposts along UPV avenue in the city campus, while drop-down rainbow flags are displayed at the New Administration Building in the Miagao campus.

In a statement, UPV GDP reiterated that, “In putting up rainbow-themed campaign materials in our campuses, we remember that these colors are reminders that the university recognizes the challenges of the LGBTQ+ community. We need to raise awareness that this campaign is our light amidst the darkness of oppression, discrimination, and hate against the marginalized among us. Our colors represent our protest, our pride.”

With the help of the Iloilo City Government and the Ugsad Regional Gender Resource Network, rainbow flags were also put up in the plazas of Molo, La Paz, Jaro, and City Proper (Plaza Libertad) districts in Iloilo City.

GDP worked in cooperation with various entities: UP Lipad, LGBT Affairs Office – Iloilo City Government, and the Iloilo Pride Team, in the holding of these month-long activities. (With reports from the UPV Gender and Development Program)