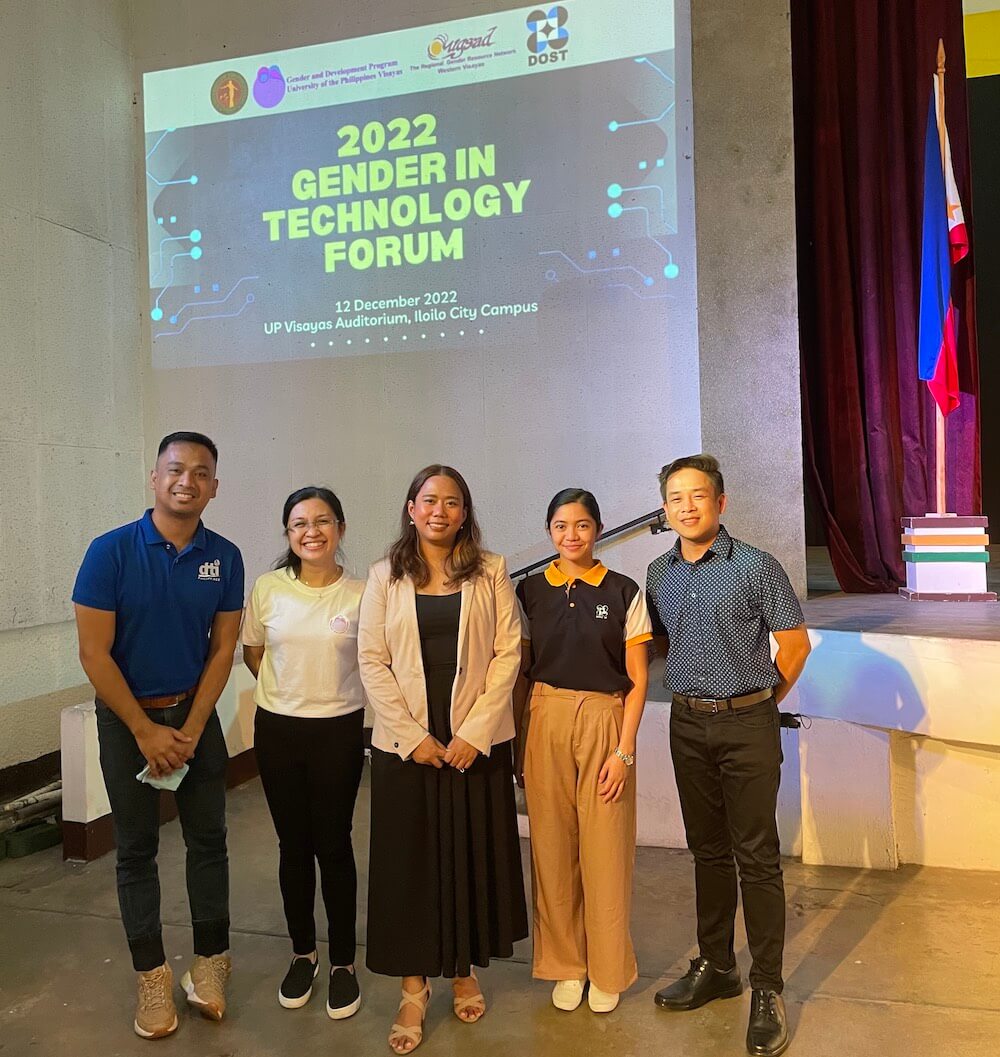 The University of the Philippines Visayas, through the Gender and Development Program (GDP) together with the Ugsad Regional Gender Resource Network, joined the observance of the 2022 18-Day Campaign to End Violence Against Women (EVAW) from November 25 to December 12. Various activities were initiated within the campaign period in line with the theme, “UNiTEd for a VAW-free Philippines.”

A Gender in Technology Forum, co-presented by the Department of Science and Technology (DOST) VI, was conducted on December 12, 2022, at the UPV Auditorium, Iloilo City campus.

The 2022 EVAW hackathon aimed to develop technology-based solutions to eliminate social stigma and gender-based violence. The preliminaries commenced on November 11, and the qualifying teams had their final pitching in the afternoon of December 12. The event was held at the UPV Auditorium, Iloilo City campus. Ms. Ma. Dinda R. Tamayo, Provincial Director of the Department of Trade and Industry (DTI) Iloilo, Engr. Joel B. Garcera, Training Specialist at the Department of Information and Communications Technology (DICT) Western Visayas, and Prof. Ysabella P. Cainglet, Director of UPV Gender and Development Program and Coordinator of Ugsad Regional Gender Resource Network, served as judges in the hackathon.

Team Tulay Kahel composed of UPV BS Computer Science students Nikko Hismaña as Manager, John Markton Olarte as Developer, and Erru Torculas as Designer bagged the first prize in the competition. The team developed a web application that would assist companies in setting up their own VAW reporting desk for VAW-affected employees. Team Oasis, who developed a web application that aims to provide a safe space for women in colleges and universities - an oasis for their thoughts, experiences and sufferings, won the 2nd prize. Meanwhile, Team Alunsina, who developed an EVAW volunteer movement application that aims to connect the nation’s volunteers in fighting violence against women through community funding and support for volunteering initiatives, seized the third prize. The winners received a certificate of recognition and cash prize.

Lastly, in order to increase the awareness and knowledge of the general public regarding the campaign and its objectives, advocacy materials such as EVAW stickers, pins, face masks, whistles and brochures on Republic Act 9262 or the Anti-Violence Against Women and their Children (VAWC) Act of 2004, were distributed to UPV constituents and networks.