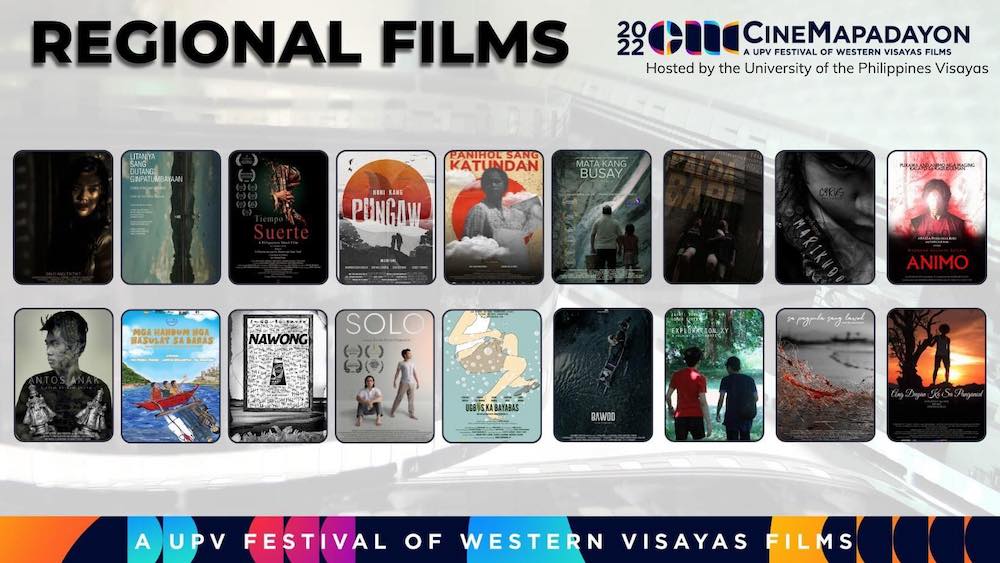 The University of the Philippines Visayas (UPV) and the Iloilo City Government will showcase the works of regional filmmakers at the first “CineMapadayon” film festival slated this Oct. 17 to 21.

CineMapadayon is a venue to highlight filmmakers from Western Visayas, their work, and their contribution to tourism, history, and culture of the region.

A total of 19 films, divided into four sets will be shown at the UPV Cinematheque, Iloilo City campus on the said dates.

The directors and their works that are part of the festival are:

The holding of the film festival is in partnership with the UPV College of Arts and Sciences – Division of Humanities, Office of Initiatives in Culture and the Arts, Information and Publications Office, and media partner Daily Guardian.