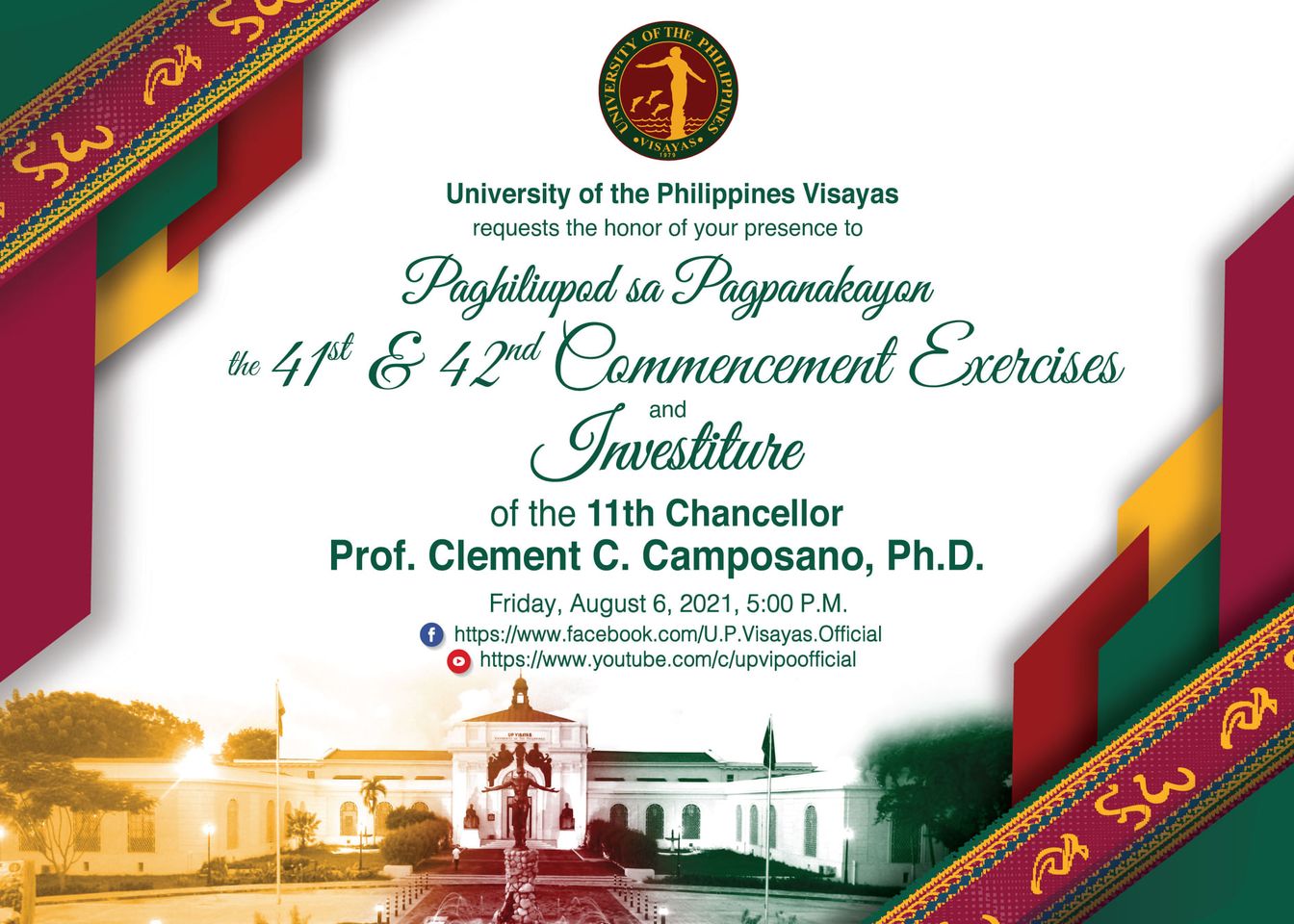 Commencement activities of UP Visayas are going to be held online for the first time, after the postponement of graduation ceremonies of the previous academic year due to the pandemic.

On August 5, 2021 at 4:30PM, two activities are lined up, starting with Papuri, the recognition program for graduating honorific scholars and special achievement awardees, followed by Parangal, a commencement concert to honor graduating students and their families, alumni, and stakeholders.

On the other hand, pianist Dr. Clement Acevedo is performing for the Parangal. Acevedo holds a Doctor of Musical Arts (Performance, Pedagogy, and Literature -  Piano) from James Madison University in Virginia, USA. He has performed in the United States, Taiwan, and the Philippines, in venues such as the Merkin Hall in New York City, the National Taichung Theater in Taiwan, and the Cultural Center of the Philippines in Manila.

After the Papuri and Parangal, the very first virtual graduation ceremony of UP Visayas is going to be streamed via Facebook and YouTube on August 6 at 5:00PM. This also includes the investiture program of the 11th UPV Chancellor, Dr. Clement Castigador Camposano.

With the theme, “Paghiliupod sa Pagpanakayon: Inclusivity. Equality. We journey together,” UP Visayas is taking a different approach in showcasing the virtual graduation through a production directed by filmmaker and Humanities professor, Kevin Pison Piamonte.