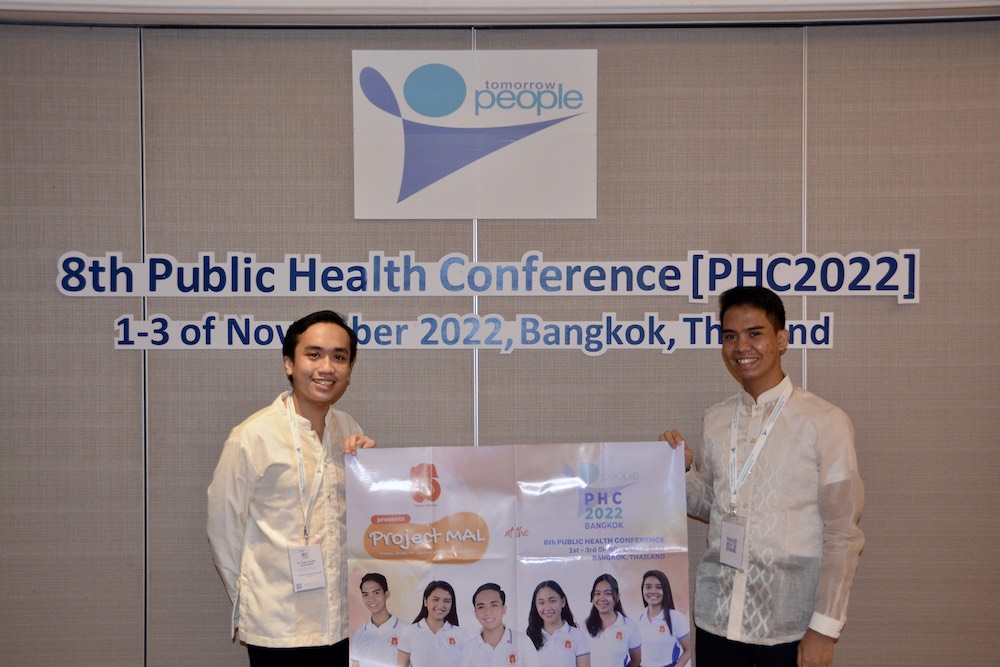 “Malnutrition is not just the lack of food but it’s also the lack of good governance, lack of access to clean water, and also a lack in health education and promotion in the barangay. We are so happy that we were able to share our project from people around the world and we hope that they can replicate the project in their localities as well,” Nodado said on Thursday, Nov. 3, 2022, as he explained the importance of sharing their project to a wider audience.

“It is important that the community is empowered against malnutrition so they can have the capacity to demand and/or access their basic needs such as food, water, sanitation, and social security to achieve and sustain proper nutrition, thus resulting in good health,” Secular added during the conference held at Holiday Inn Bangkok Silom.

The PHC2022 is a 3-day program that “aims to gather academics as well as experienced and accomplished professionals, NGO and government representatives, from all over the world,” according to its organizers. (Sources: Division of Biological Sciences)