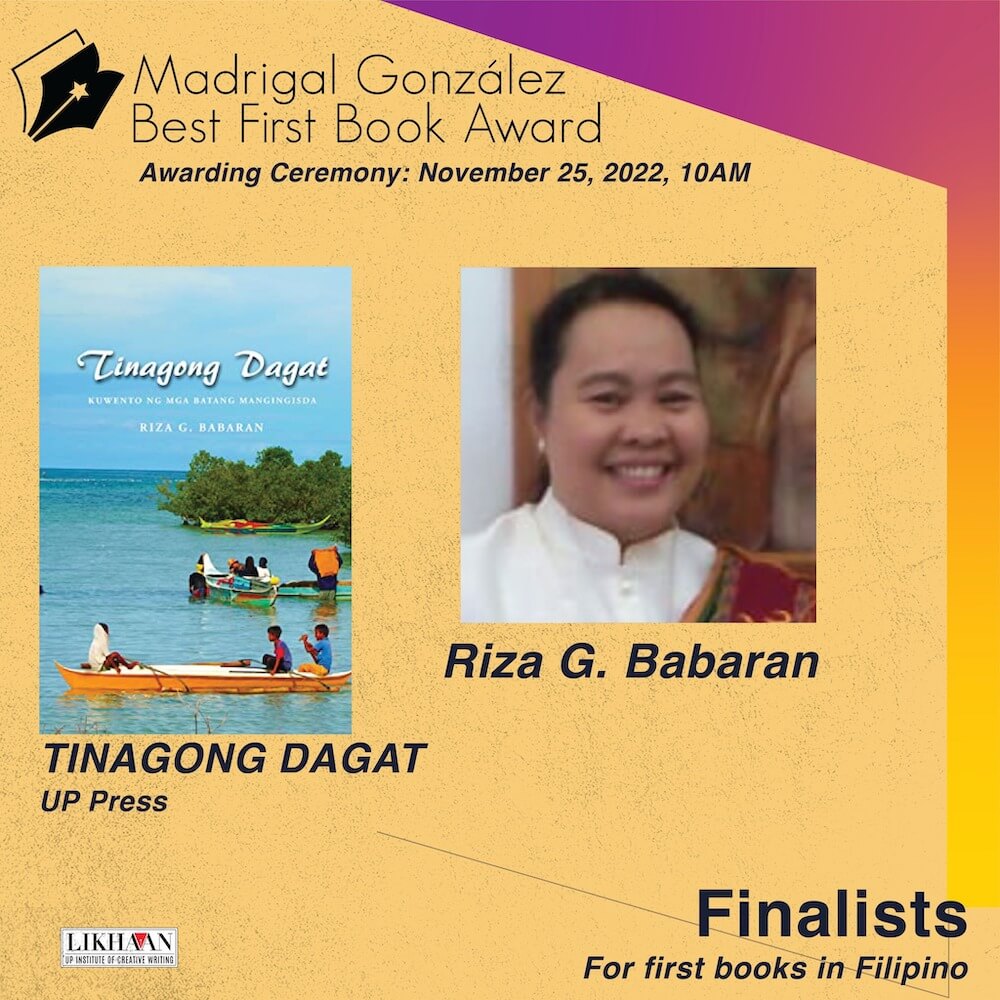 "Tinagong Dagat: Kwento ng mga Batang Mangingisda" by Riza Babaran, BS Fisheries graduate of UP Visayas was named a finalist in the 2022 Madrigal-Gonzales Best First Book Awards in Filipino. The competition, organized by the Likhaan: University of the Philippine Institute of Creative Writing, will have its awarding ceremony  on November 25, 2022. The book was published by the University of the Philippines Press. It is a compilation of ten tales about young fishers.

The author's engagement, as she resided in coastal villages while working as a fisheries researcher, served as the inspiration for the book. The stories are accounts of young boys and girls who became aware of the situation of fishing in their neighborhoods. They will defend their rights to dream while they are swept up by the seas of poverty in Tinagong Dagat.