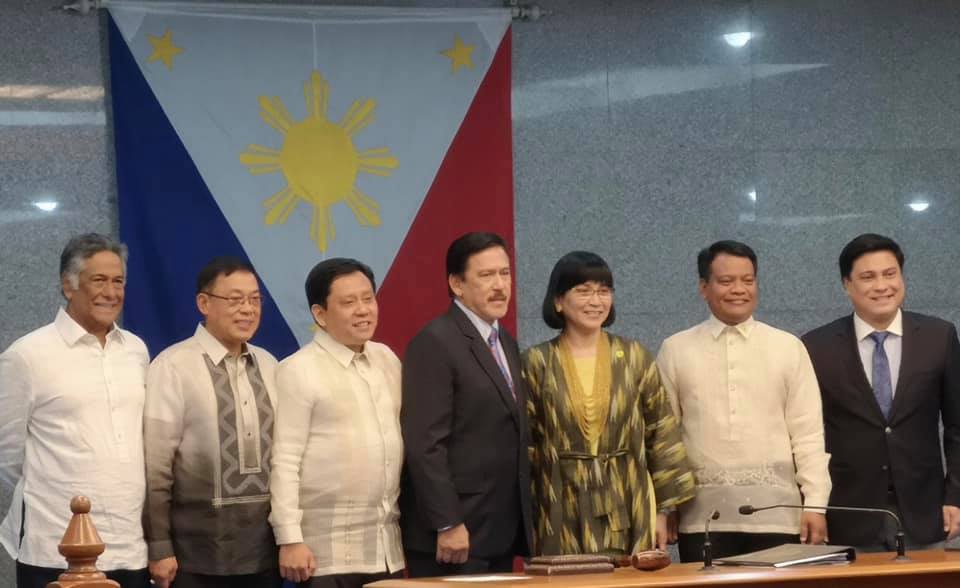 UP High School in Iloilo alumni were recently appointed by the Commission on Appointments as Ambassadors on February 6, 2019.

Ambassador Servigon graduated from the UP High School in Iloilo in 1978 and previously served as Consul General in Hong Kong, Abu Dhabi, and Manado, Indonesia. He was also Ambassador to Vietnam before his recent appointment as Ambassador Extraordinary and Plenipotentiary (AEP) and Permanent Representative of the Republic of the Philippines to the Association of Southeast Asian Nations (ASEAN) in Jakarta, Indonesia.

Ambassador Wong graduated from UPHSI in 1968 and was the Distinguished 2015 Awardee of the UP Alumni Association for Peace and Social Cohesion. He was Philippine National Police (PNP) Director for personnel and records management before his retirement and was previously appointed as Ambassador to Cambodia.