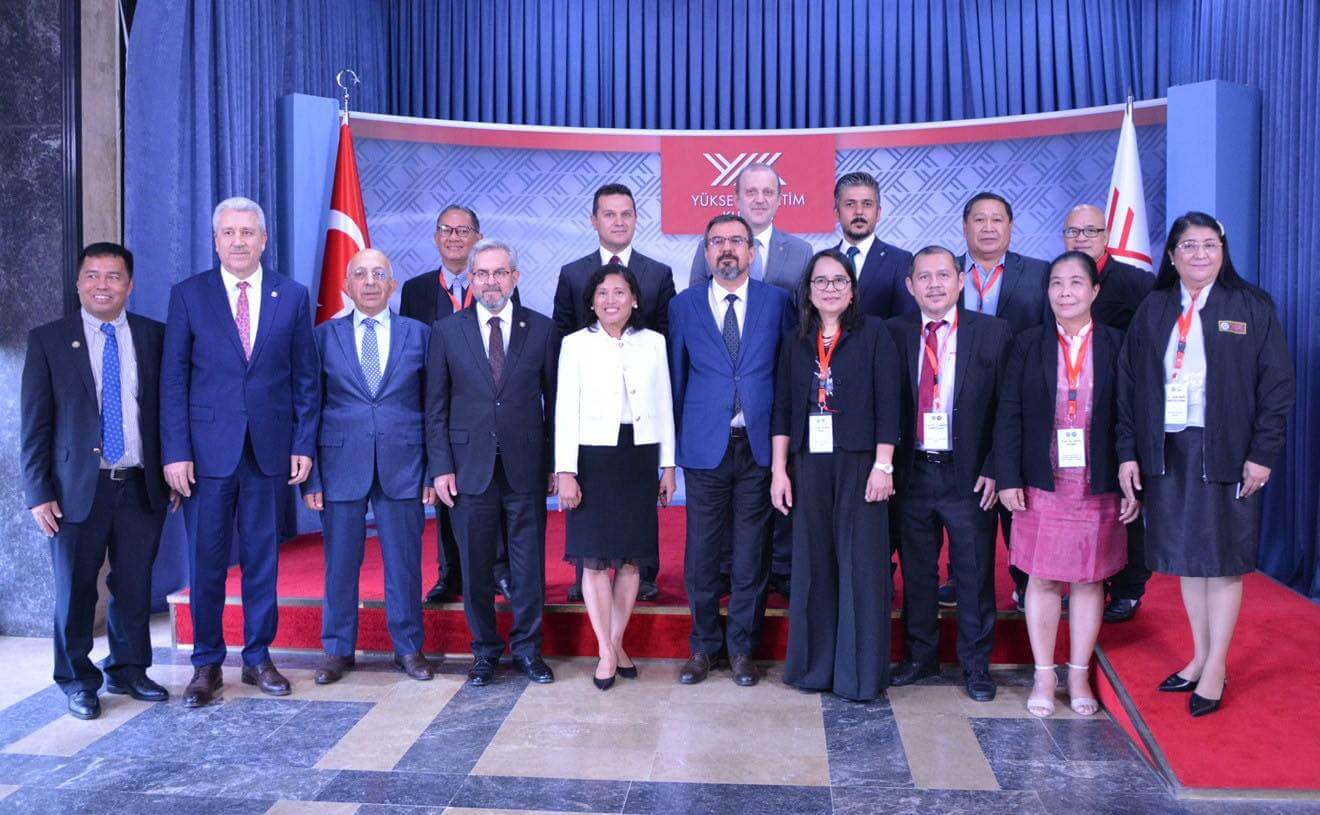 UP Visayas among 7 PH HEIs to ink MOU on academic, exchange programs with Turkish universities

The University of the Philippines Visayas (UPV) was among the seven Higher Education Institutions (HEI) in the Philippines that signed a Memorandum of Understanding (MOU) on academic and exchange programs with universities from Turkey on Sept. 19.

Representing UPV, Chancellor Clement Camposano is part of the PH delegation composed of presidents and chancellors of various HEIs. The delegation is still in Turkey as of writing.

The MOU signing was in relation to the project initiated by the Commission on Higher Education (CHED) titled “Development of Academic and Exchange Programs among Universities in the Philippines and Türkiye,” according to a press release from the Philippine Embassy in Turkey.

Mindanao State University at Naawan Chancellor Elnor Roa, who is also the co-lead for the project and head of the visiting delegation, said while there are cooperative undertakings between the Philippines and Turkish Universities, this is the first time that Philippine and Turkish universities will partner in the fields of fisheries and marine sciences.

“With the signing of MOUs, both the Philippines and Türkiye are taking the tangible [sic] steps to implement the Protocol of Cooperation in the Field of Higher Education signed in 2018,” she added.

The signing was held at the YÖK headquarters in Ankara, Turkey.

The visiting Philippine delegation will be in Turkey for two weeks to work with their counterparts from partner Turkish universities to concretize the project, including technical collaborative meetings, benchmarking, and observing the best practices of the latter’s academic and research facilities, the press release said.

They are led by the Turkish Council of Higher Education Vice President, Prof. Dr. Haldun Göktas. (With sources from Philippine Embassy)