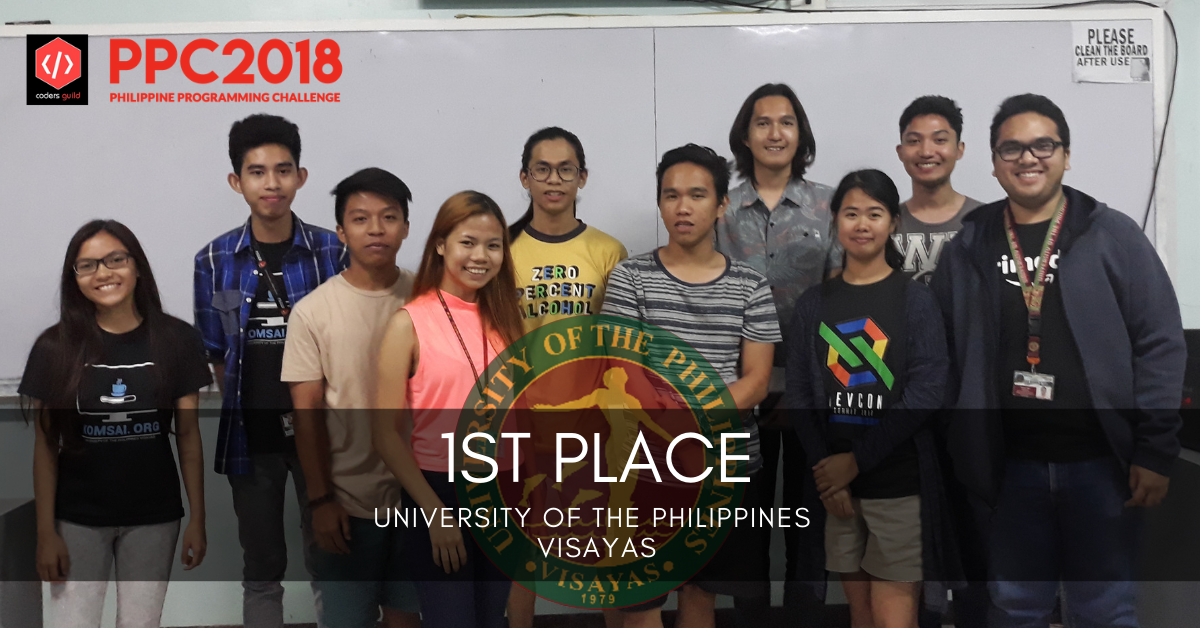 The University of the Philippines Visayas Team composed of Computer Science students from the Division of Physical Sciences and Mathematics (DPSM), College of Arts and Sciences were declared as Champion in the Philippine Programming Challenge 2018 which is co-organized by CodersGuild.NET and Philippine Software Industry Association (PSIA) held on March 8, 2019.

The Philippine Programming Challenge is an annual inter-school programming competition that tests student’s skills in programming and problem solving composed of ten students. Since the exam is online, the students took the exam in computer laboratory rooms and were monitored through web cams. They solved seven programming problems in two hours and the team with the highest average score wins.

The 26 teams that participated came from 16 Universities in Metro Manila, Luzon, Visayas and Mindanao. Winners were announced via online meeting on March 23, 2019.

Coming in 2nd to UPV is De La Salle University and 3rd placer was Technological Institute of the Philippines.

This is UP Visayas’ first time in joining the said competition. The team received a prize of P50,000 and a trophy.