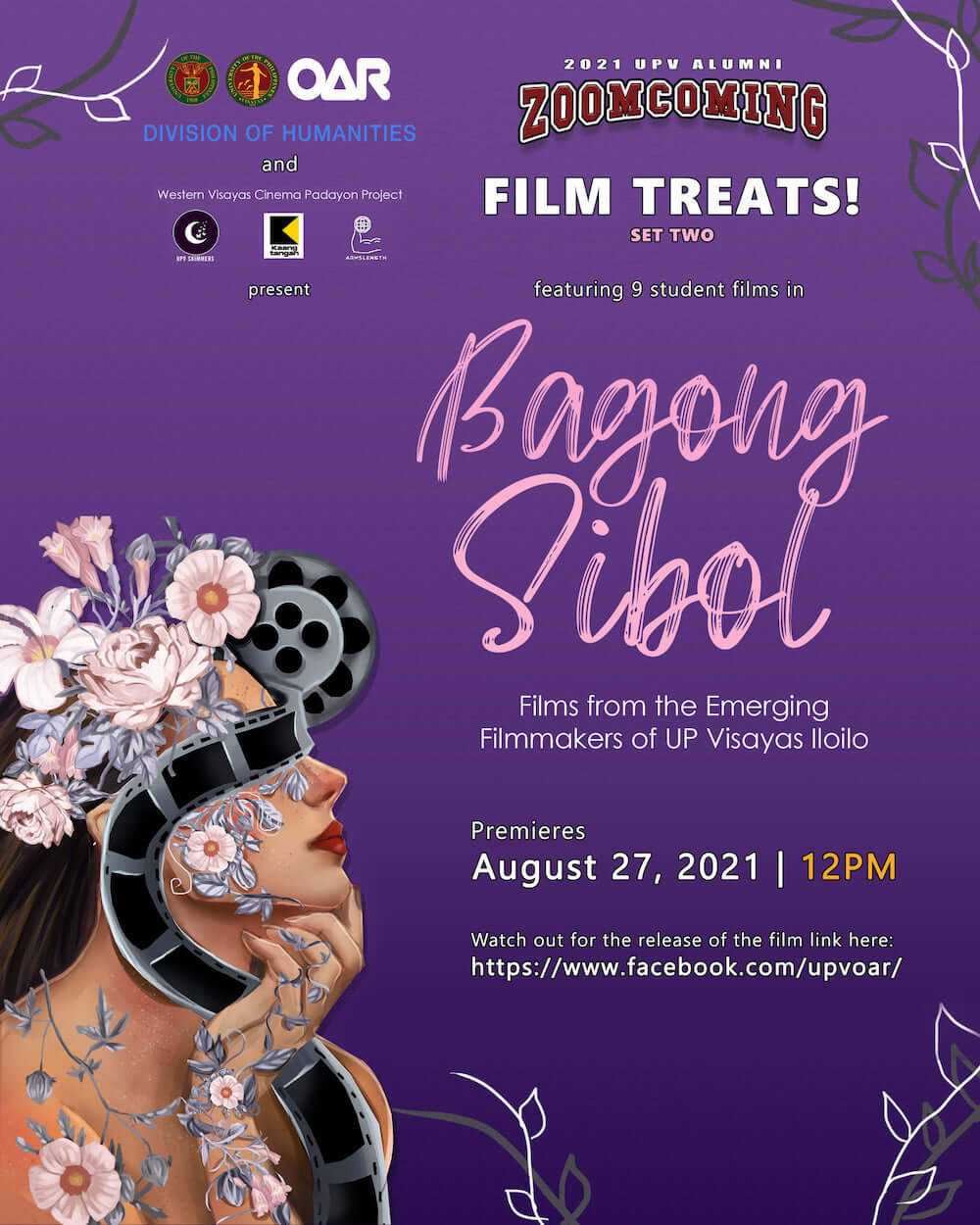 The University of Philippines Visayas Office of Alumni Relations (UPV OAR), in partnership with the College of Arts and Sciences -Division of Humanities (HumDiv), streamed multiple films produced and directed by UPV faculty, students, and alumni during the online alumni homecoming last August 27, 2021.

Three sets of films were separately streamed on OAR’s Facebook page as part of the series of activities for the three-day online alumni homecoming titled “2021 UPV Alumni Zoomcoming.”

Batid is a set of documentary films focusing on the Ilonggo food artisans, while “MGA ISTORYA SANG DAGAT” (Stories of the Sea) is a collection of 3 award-winning short films from ERK Production.

BAGONG SIBOL: Films from the Emerging Filmmakers of UP Visayas are films that started as a class project for filmmaker Arden Rod Condez’s ‘Directing the Narrative’ class. They developed into a collection of poignant stories told through the fresh perspective of some of the region’s most promising young filmmakers. (With sources from the Office of Alumni Relations and Division of Humanities)