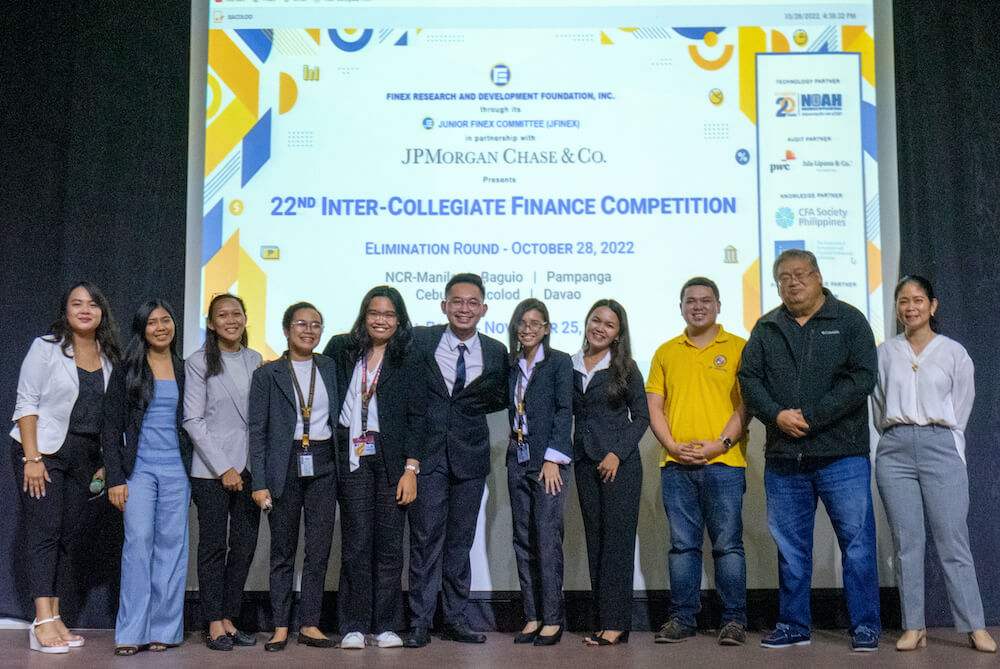 The UPV CM team is a national finalist during the Western Visayas leg of the 22nd Inter-Collegiate Finance Competition (ICFC).

Team UPV is composed of Kathlyn Mae A. Abancio, Kate Wenjie V. Basoy, Mary Rose J. Lachica, Mark Kevin L. Sagang, and Hannah Lois E. Topacio. All of them are 5th-year BS in Accountancy students at the College of Management, UP Visayas, Iloilo City campus. Mr. Lourence Delfin Jr. is the coach of the team.

The nationwide eliminations were simultaneously held on October 28, 2022, in Pampanga, Baguio, Bacolod, Cebu, Davao, and Taguig. The Western Visayas elimination was held at the University of St. La Salle in Bacolod City and was participated in by five other schools in the region.

Team CM placed 5th in the nationwide ranking with over 50 participating schools. The team is set to compete against 19 other schools in the National Finals on November 25 at the Philippine Stock Exchange in Manila.

Now in its 22nd year, the annual ICFC is hailed by many business schools as the country's toughest and most prestigious finance quiz bowl, covering questions in corporate finance, investments, portfolio management, financial accounting reporting, economics, and business ethics.

The ICFC is a project of the Junior Financial Executives Institute of the Philippines through its Junior FINEX Committee (JFINEX) in partnership with JPMorgan Chase & Co., a leading global financial services firm and one of the largest banking institutions in the United States.

The main objective of the ICFC is to expose business students to world-class finance education standards. The questions asked in the competition were patterned after the Chartered Financial Analyst (CFA) Level 1 examination.

Ten years ago, the team from UPV CM won the national championship during the 12th ICFC, and the College of Management still holds the record as the only school outside Metro Manila to win the national finals. (With sources from FINEX, JPMorgan Chase & Co., and Mr. Delfin)