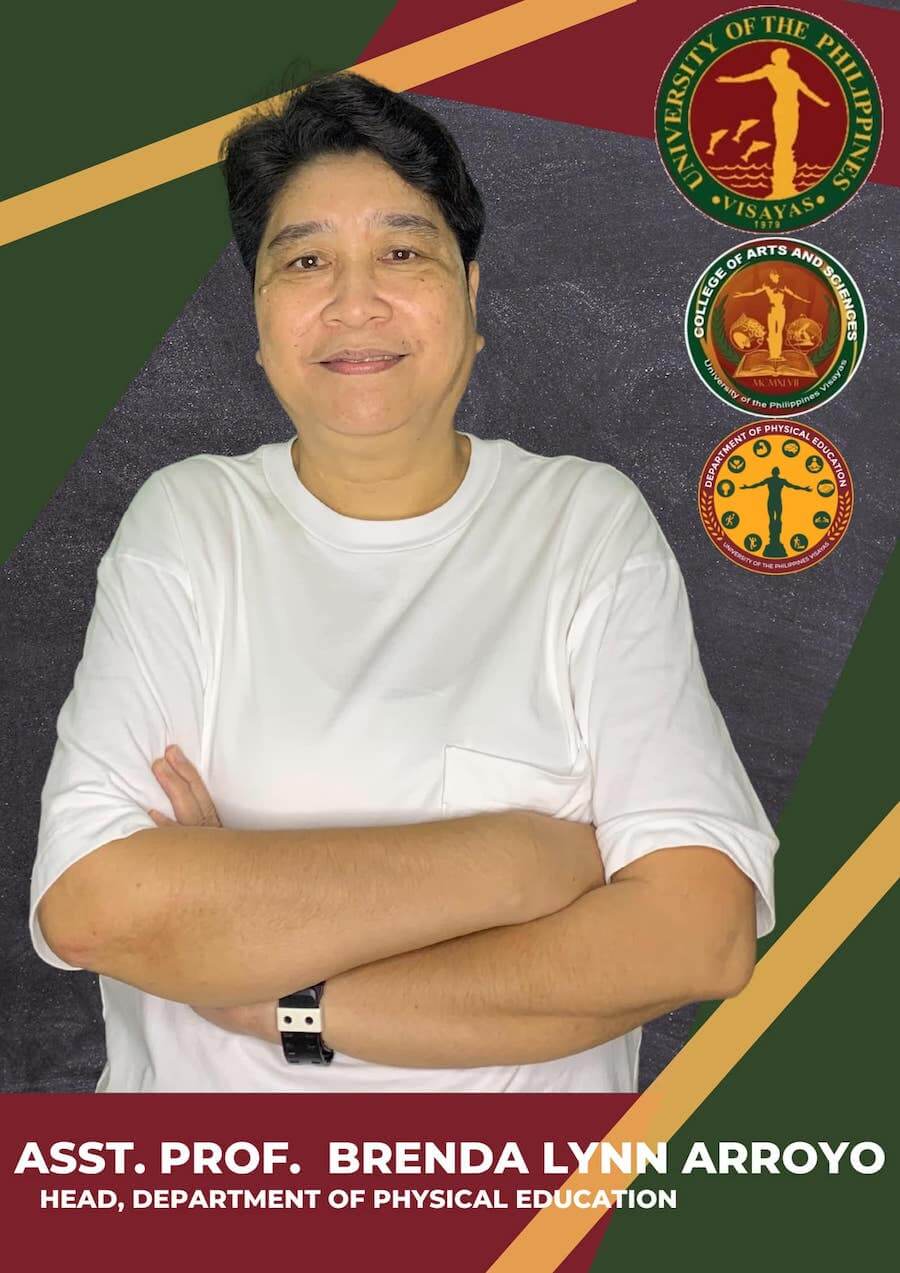 Arroyo is the new head of DoPE

The Department of Physical Education (DoPE) has a new captain in the person of Asst. Prof. Brenda Lynn B. Arroyo, as Asst. Prof. Catherine B. Anecita ended her term last July 31, 2022.

She is currently the coach of UPV Basketball Women’s Varsity Team and an expert in other fields of sports. She is also equipped to teach bowling, volleyball, softball, table tennis, Philippine games, social recreation, and Foundations of Physical Fitness.

Arroyo, who also served as the head of the department from June 2012 to May 2016, was the sole nominee during the search for the next chair of DoPE last May 2022. She was unanimously nominated by most of the DoPE faculty members, who have known her not only as a hardworking public servant but also as a great teacher to her students.

She has been good to everyone, especially to her colleagues. They believe that “Ma’am Brenda,” as she is commonly called, can achieve the goals of the department through her expertise and leadership.