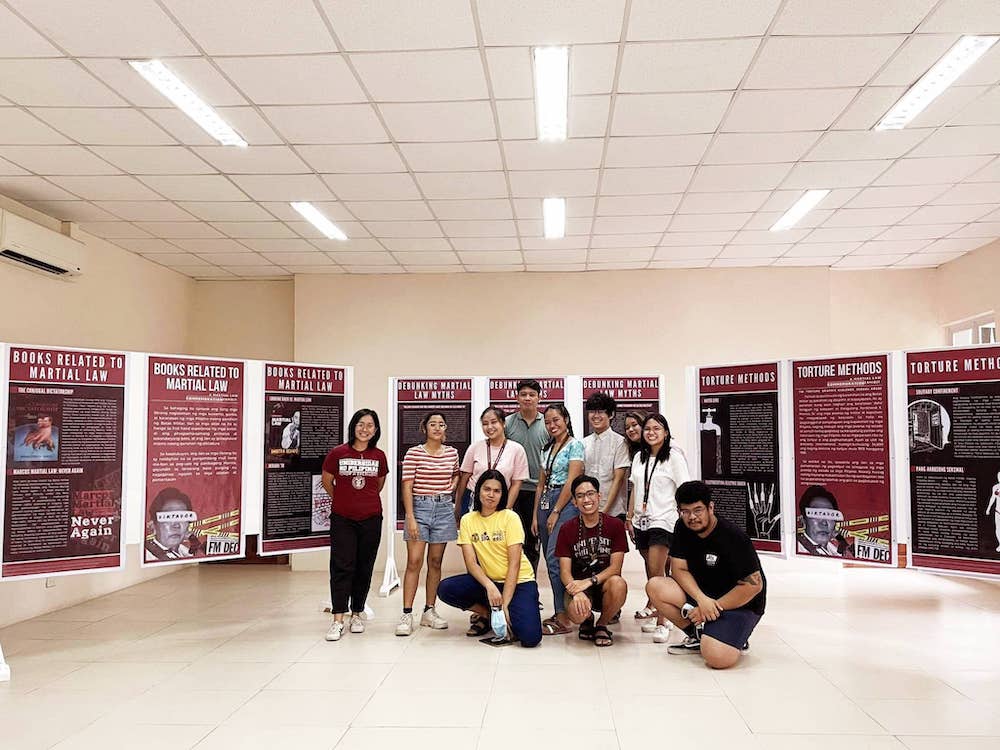 The University of the Philippines Visayas (UPV) history organization Kamaragtas held a poster exhibit about Martial Law at the UPV Little Theater on Sep. 21, 2022.

The project commemorates the 50 years since the former dictator Ferdinand Marcos Sr. signed Proclamation No. 1081 into law and is done in remembrance of over 107, 240 human rights victims within the years 1972-1986, particularly the victims of Western Visayas.

The committee behind the Martial Law Day of Remembrance stressed that the posters and installations presented an urgent need to remind people of the horrors and tragedies wrought by Martial Law and to dispel historical distortion and whitewashing rooted in decades of miseducation.

The exhibit includes sections dedicated to debunking Martial Law myths, books related to Martial Law, documented torture methods and massacres, and a memorial and profiles of some Martial Law victims, including their testimonials and protests poetry.

In conjunction with the exhibit, the organization also held a public forum entitled "Looking back and living through: life histories and perspectives of Martial Law Survivors and their kin," in which some victims from Western Visayas shared their life stories during those turbulent years.