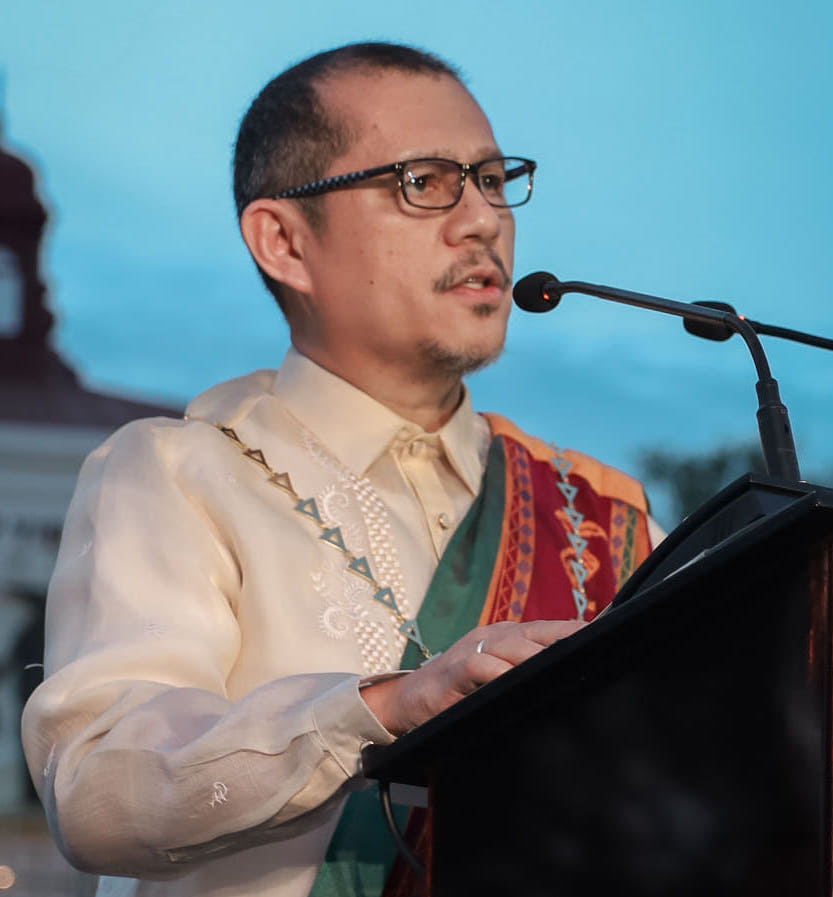 Investiture Speech of the 11th Chancellor of U.P. Visayas

On occasions such as this, it would be customary to call attention to the role that the University and its graduates play in society. This is especially true for the University of the Philippines and its graduates, who are destined to form part of this country’s intellectual and professional elite. It would be customary to celebrate the “Iskolar ng Bayan” as representing this country’s hope.

But not today. Today, I wish to dwell on a rather difficult subject. Indeed, an uncomfortable one. Today, I shall ask those of you present, especially the graduates, to engage in the reflexive exercise of questioning your own education.

Among the articles of faith many of us subscribe to is the idea of education as “the great equalizer”. This appears to be encased in a broader and even more sweeping article of faith that states that “education is the solution”. I should now like to turn this thing on its head: If education is indeed the solution, what exactly is the problem? More disturbingly, how is education part of the problem?

Our blind faith in modern education has caused us to neglect these two questions, which need to be asked in tandem if we are to get anywhere on the subject of education. Although powerful and transformative in the right circumstances, education cannot be the solution to all problems under the sun. That would be patently absurd. Precisely because it is powerful that we need to understand what education’s unintended consequences are.

For education to be someday the great equalizer, we need first to see how it contributes to inequality. And to be able to see clearly, we need new lenses. Now nothing impairs the clarity of our vision more than the way a good number of us celebrate those of the poor who make it past these gates and succeed. For many, this is indisputable proof that poverty is not a reason, not even an excuse, to remain poor and marginalized.

To confuse and conflate the life-trajectories of a few with those of an entire socio-economic class marks the absence of what C. Wright Mills (1959) calls “the sociological imagination”. These are exceptions that prove the rule! Pierre Bourdieu put it plainly: Education, under the present circumstances, is a system for the reproduction of advantages, a game that the poor as a whole, as a class, cannot hope to win.

There is growing evidence, including evidence from affluent countries, that identifies socio-economic class as among the most significant predictors --- if not the single most significant predictor --- of educational success. It has also been established that achievement gaps between classes are rooted in the earliest years of children’s lives and do not narrow in the years that follow (www.epi.org).

A considerable majority of us were born to families of some means, to parents able to make financial and emotional investments in our education, who made sure to expose us to family narratives of academic and professional success. Indeed, to succeed academically and professionally was a moral obligation drilled into our consciousness at a very early age. So, succeed, we must, and succeeded we have.

Such is not the case with the poor and the marginalized. When you have a system that universally imposes the same demands without any concern for universally distributing the means for satisfying them (Bourdieu 2000, p. 76), the result can only be the reproduction of inequality --- “of real inequality within formal inequality” (p. 76).

The collective pattern of trajectories within education is sharply different between socio-economic classes. It is this collective pattern that we must focus on, regardless of what individual students from poor and marginalized groups are able to achieve for themselves. The same pattern is the reason why our own collective success has meant the failure of so many others.

It is this very same system of inequality that today shapes and determines the fate of the Tumandok, a fate that is, in every measure, much worse. In contemporary society, the Tumandok --- the indigenous people of Panay --- are defined by their social, political, and economic absence. Culturally, we often speak of them, celebrate them even. In their absence, we have taken to representing them as our more authentic brethren.

This ascribed authenticity, however, rests on the ugly truth of their exclusion from most things that make us who we are --- indeed, that which makes us Filipinos. We speak of them but, in their social absence, we also speak for them. How we speak of and for them in academe is profoundly disempowering. Too often, they are represented as a “people without a history” (Eric Wolf 1982), exotic yet static communities that have remained unchanged “since time immemorial”.

We think of them in essentialist terms, a rendering that prevents us from seeing how they are being transformed, how they have struggled against marginalization, and how many of our own institutions have systematically disempowered them. It is this rendering that has prevented many of our colleagues from seeing indigeneity as an artefact of the historical process --- the product of an age-old struggle for self-determination against a state that would make of them mere objects of its civilizing mission.

For all intents and purposes, the Tumandok are locked out of the same path that brought all of us here. Interestingly, many of us could claim roots to this land. For all of our cultural hybridity, many of us could even claim to share in the same intangible heritage, albeit modified by centuries of living under the bell of Spanish Evangelization. The process that has allowed the Tumandok to retain their precolonial lifeways --- for which they are celebrated --- is, unfortunately, the very same process that has excluded them from mainstream society.

Anthropologists today struggle to define indigeneity outside of their intellectual inheritance of cultural essentialism. This is a vexed and vexing matter of intense theoretical dispute. What is not in dispute, however, is the fact of marginalization that has come to define indigenous peoples and the mobilization of culture by these communities as they attempt to secure their right to their ancestral domain and to participate in mainstream society in less onerous terms.

The crucial question for us is this: How would our teaching and our scholarship stack up against the reality of exclusion? How are we, as members of the academic community, extending the margins of human freedom? Are we, in fact, extending the margins of human freedom? Or are we not instruments of marginalization, oblivious to the consequences of what we do?

What do these things mean for the real “Iskolar ng Bayan”? First, we need to be aware of our privileged location in society. Second, we need to remind ourselves of Zarathustra’s admonition that there is no such thing as immaculate perception. We are all positioned observers, and our view of the world is bound to be a privileged one. Our view is one taken from the lofty heights of distanced and leisurely contemplation and not from the “rough grounds”, so to speak.

The real “Iskolar ng Bayan” should therefore exert utmost effort to know the poor and the marginalized. Empathetically, by putting themselves in the latter’s shoes, and reflexively by becoming aware of their own biases and making a sincere and determined effort to interrogate and transcend them. The “Iskolar ng Bayan” must abandon all claims to dictate what is good and just for the rest of society and engage those who are kept out of these walls in a genuine dialogue.

Only then can they begin to understand what it means to be in the margins of society. Only then can the “Iskolar ng Bayan” descend from the ivory tower and begin the task of making the world less unequal. Only then will they be in a position to name the many facets of unfreedom and engage them critically and meaningfully.

What do these things mean for the University? The University cannot remain a mere site for the production and transmission of specialized knowledge and much less remain a mere supplier of professionals, lest we perpetuate our complicity with the institutional powers and the existing systems of inequality.

The University must aspire to become a site of deep intellectual disruption. A place of incessant critique where we learn to imagine what other things are possible, and how we might think and act differently about our own education and its consequences for society (Dussel 2010, p.34). I close this disquisition with the following words from the preface of Freire’s Pedagogy of the Oppressed:

“There is no such thing as a neutral [education]… Education either functions as an instrument which is used to … bring about conformity…, or it becomes the ‘practice of freedom’, the means by which [we]… deal critically and creatively with reality and discover how to participate in the transformation of [the] world”.